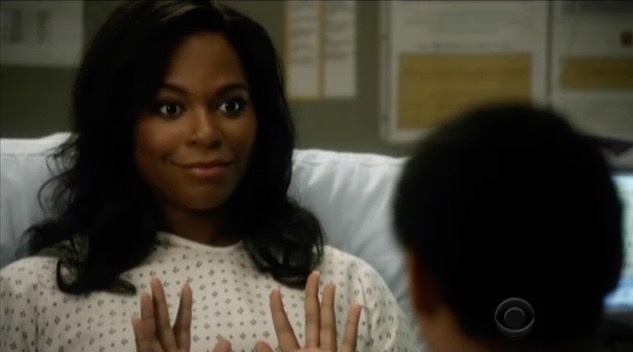 In Wednesday’s episode titled “Life and Limb,” a woman is being treated for abdominal pain and guess what was causing it? “Her” prostate. The post-op transgender woman named “Beth” (Alexandra Grey, who is transgender) apparently looked female enough that the doctors didn’t realize “she” was formerly a he until the lab work came back with a diagnosis of prostatitis.

Once it became apparent that the patient was transgender, the head nurse felt obliged to give the standard “we are all exactly the same” speech. Except we aren’t, of course. Men and women are different and there are two very distinct genders, certainly physically.

Beth tries to brush off her reluctance about disclosing her gender to the doctors by saying she was always meant to be a man. She compared the surgery to remove her penis to having an appendix removed – a “useless evolutionary artifact.” Sorry, sweetie, it doesn’t work that way.

By not wanting to be inconvenienced by telling doctors she is transgender – because then they’d want to talk about it – Beth delayed treatment of a very infected prostate gland, even to the point of going septic in the E.R.

Beth: I should have said something.[ Scoffs ] It's just, when I do, that's all people want to talk about, especially doctors. Look, I was never meant to be a man. That's all I know. That's it. End of story.

Mario: Well, unfortunately, there's still parts of you that are.

Beth: Really? Did you have your appendix out, doc? Or do you still carry around that useless evolutionary artifact? It doesn't make you a neanderthal man, does it?

Elliott:  Actually, the appendix got some newfound respect recently.

Mario: I'm sorry. The only point I'm trying to make is the surgery didn't remove your prostate, and now it's infected. We need to put you on intravenous antibiotics.

That’s right – Beth also didn’t bother to make a full disclosure to her new girlfriend, either. Oops. When a doctor asked if she was a lesbian, Beth said, “I’ve always loved women. That didn’t change when I became one.” Is there any doubt now why us “cis” heterosexual people are quite confused about all this?

But nobody’s more confused than the poor guy named “Beth” who got his penis removed and thinks he can be a woman with a prostate gland.