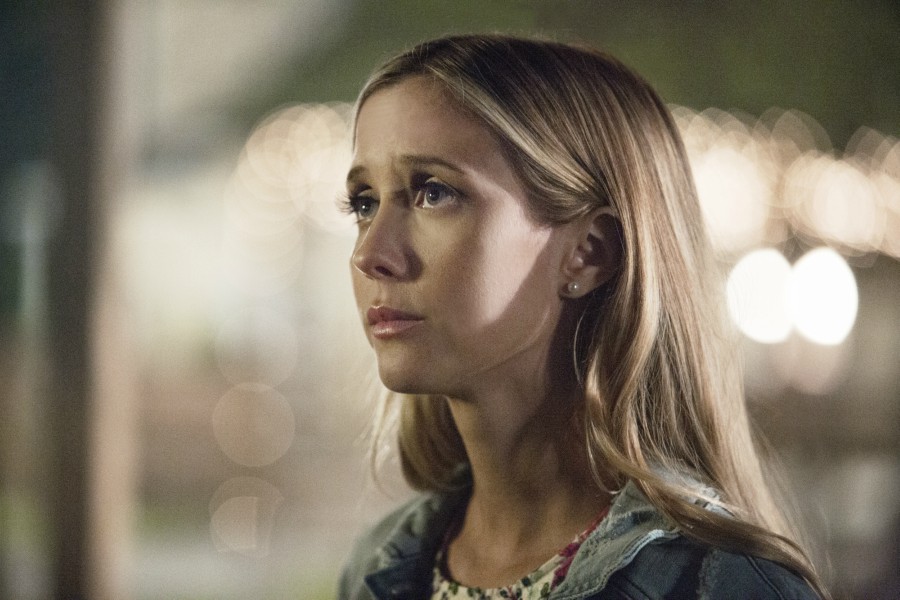 Beth Ann, previously described as Trump with boobs, really, really wants to win the show and the producers are quite disappointed that the visit to Alabama with her family goes swimmingly. Not wanting to show a vanilla, post-racial South, a ratings gift drops in Rachel’s (Shiri Appleby) lap when Beth Ann confides that she is pregnant with her ex-boyfriend Brock’s (Zach McGowan) baby. Rachel reassures Beth Ann that Darius would rise to the challenge and accept another man’s baby as his own in order for her to spill the beans on camera.

Rachel excitedly tells Coleman (Michael Rady) that Beth Ann is growing a “Trump supporter” in her uterus and it’s going to be great for the show.

Rachel:  Wait a minute. Just listen to me for one second. I literally have the best news I've ever had in my entire life. Are you ready?

Coleman:  She's got a what?

Rachel:  I'm not even kidding. She's pregnant, and I convinced her to tell her parents and Darius on-camera tonight. You're welcome.

Rachel: Yeah. I don't understand why you're not more excited. Anyways, I have a lot to do. I'll talk to you later.

Meanwhile, Rachel hunts down Brock, not difficult as he lives two blocks from Beth Ann’s house, tells him the news and even provides him with a ring for a wedding proposal.

Brock is not the catch that Darius would be – ex-convict versus wealthy football star – so when Brock crashes the party and proposes to Beth Ann, she turns him down and proclaims her love for Darius. Beth Ann’s non-racist father runs Brock off with a shotgun. Poor Brock.

During the elimination ceremony at the episode’s end, Darius eliminates Beth Ann. He tells her first, though, that he will set aside money for her baby’s education.

My question is, how will this show continue to tie in Trump now that Beth Ann is gone?

Bonus video: Earlier in the episode, the women were asked to pitch Darius why they should be chosen for the hometown date. It was interesting that Jameson, the black policewoman, says, "I just really want to show my fellow police officers that a cop in Chicago can have a black man in her car without him being in handcuffs."