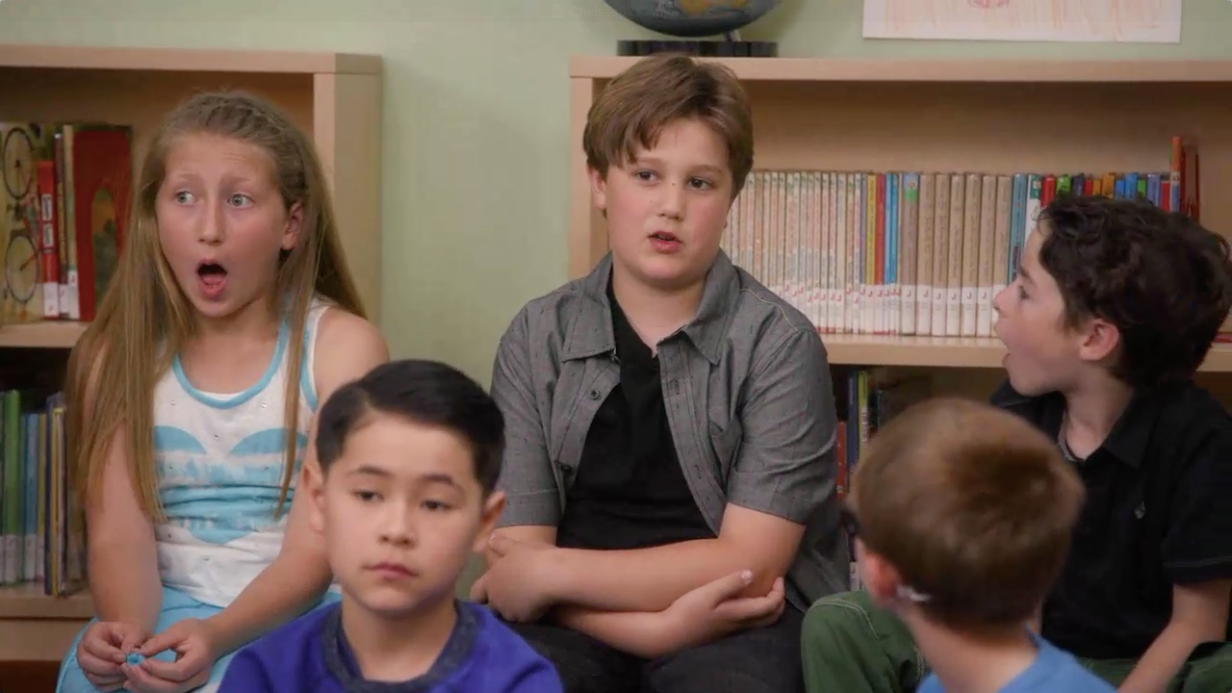 As liberals often do, Chelsea Handler exploited a group of young children for political gain. In the episode of Chelsea “Magic & GMOs with Lizzy Caplan, Bill Nye” on Netflix, she opened with a focus group of elementary-aged boys and girls.

Naturally a self-professed Hillary Clinton supporter would ask them, “Who here is a Donald Trump supporter?” As soon as the first child said that Trump would be a good president, some of the others wore shocked faces. Then the rest began bashing Trump. He was described as grumpy and only liking white people. One little black girl said Trump is so bad that “people made a song about him.” She refers to a rap song titled “F**k Trump” and Chelsea ran a video clip of it. Lovely.

Finally one child answered honestly – “I don’t really care who wins,” she said. When another child reminded Chelsea that she said she would leave the country if Trump is elected, she said they would all be welcome to join her in her house in Spain. Who is parenting these kids, anyway?

One child said his friend’s mom will get “taken away from this country” if Trump is elected. And finally, one little boy shifted the conversation to Hillary Clinton. He said, “She's looking for abortion.” Immediately, Chelsea, the Hillary supporter, nipped that stream of conversation in the bud – “Let’s not talk about that.”

Hollywood’s liberal double standard is alive and well. Hillary Clinton is running on a theme of abortion for all, on demand, and yet even Chelsea Handler knows that is not a winning conversation.

Warning: The following video includes a brief clip of a rap video with explicit lyrics:

From the mouth of babes.