CBS's 'Man With a Plan' Complains 'He Turned Our Little Girl into Bill O'Reilly!' #ThanksObama 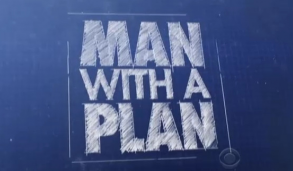 President Barack Obama ruined so many things in America and CBS’s Man With a Plan hysterically takes this to the extreme by blaming him for every bad thing that happens, from potholes to bankrupt businesses to running out of juice.

On Monday’s episode, “Assisted Living,” Adam’s parents, Joe and Bev, visit the family in their RV. It's made apparent that Adam’s dad certainly did not approve of Obama’s administration, as he blames him for the potholes during their road trip, saying "Thanks, Obama." We also find out Joe thinks Andi “accidentally” voted for Obama. No surprise there as we’ve seen her liberal stance on same-sex couples.

Later, Obama gets blamed again when the company Bev uses for lard goes out of business.

Adam: Oh, Ma, this cannoli's great. You keep feeding me like this, I'm gonna get fat.
Bev: Oh, not you. You're skin and bone.
Adam: Oh. You're a good mother.
Joe: Now, what's different?
Bev: I had to use different lard. The company I liked went out of business.
Joe: Thanks, Obama.
Adam: Dad, he's not even president anymore.
Joe: He knows what he did.

It's true, for all we know, Obama's regulations put the company out of business.

Joe's antics get passed on to the youngest of Adam and Andi’s kids, Emme. She opens the fridge and slams the door, saying, “Thanks Obama!” because they’re out of juice. This doesn’t sit well with Andi, as she states, "He turned our little girl into Bill O'Reilly.”

Though it's said in jest, there are many terrible things we have Obama to "thank" for such as the rise of ISIS, rising health care costs, a crippling national debt, and being a more divided nation than ever before.