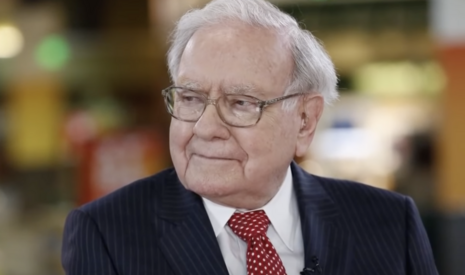 Warren Buffett’s Susan Thompson Buffett Foundation gave at least a whopping $196,388,893 between 2003 and 2020 alone to the National Abortion Federation (NAF), according to Foundation Directory Online data. NAF boasts that its mission is to “unite, represent, serve, and support abortion providers in delivering patient-centered, evidence-based care.” It also states that it “provides direct services to patients who need help accessing abortion care.” In addition, NAF claims it “runs the largest national, toll-free Hotline to help people find quality abortion providers and help them raise the funds to pay for their care and the associated costs.” NAF’s own estimates put the current, average cost of a first-trimester “aspiration abortion” at $508, meaning Buffett’s NAF funding alone is enough to cover the costs of a disturbing 386,592 abortions.

But the Buffett funding is even more damning in light of NAF’s sordid history. In 2017, the Center for Medical Progress released shocking, undercover footage of abortionists at NAF’s 2014 and 2015 conventions. The compiled “preview” of the footage showed abortionists laughing and talking about eyeballs falling into their laps, pulling off “a leg or two” along with commending “financial incentives.”

(NOTE: Original video is no longer accessible due to judge orders. Copy of video is available below.)

The news about Buffett comes just as the U.S. Supreme Court is set to hear arguments “over a Mississippi law that bans abortion after 15 weeks in a direct challenge to Roe v. Wade.” Associate Justice Clarence Thomas wrote in a dissenting opinion to another case in 2020 that “[t]he Constitution does not constrain the States’ ability to regulate or even prohibit abortion.”

Buffett’s abortion extremism doesn’t end with NAF. A previous MRC Business analysis in 2019  revealed that the billionaire’s organization gave at least $76,967,256 to abortion giant Planned Parenthood and its many affiliates scattered across the U.S. and abroad just between 2017-2018 alone.

In addition, an investigation by Live Action in 2019 revealed that pro-abortion researchers trying to convince the U.S. Food and Drug Administration to remove abortion pill restrictions received financial support from Buffett. The researchers were lobbying the FDA to remove restrictions on mifepristone, a controversial abortion pill released in 2000 that is also known as RU486. Live Action noted that all the researchers were abortion advocates, many of whom worked for pro-abortion organizations (and therefore profit from abortion), including Planned Parenthood.