Heavyweight Champ Tyson Fury: 'I Would Like to Thank My Lord and Savior Jesus Christ' 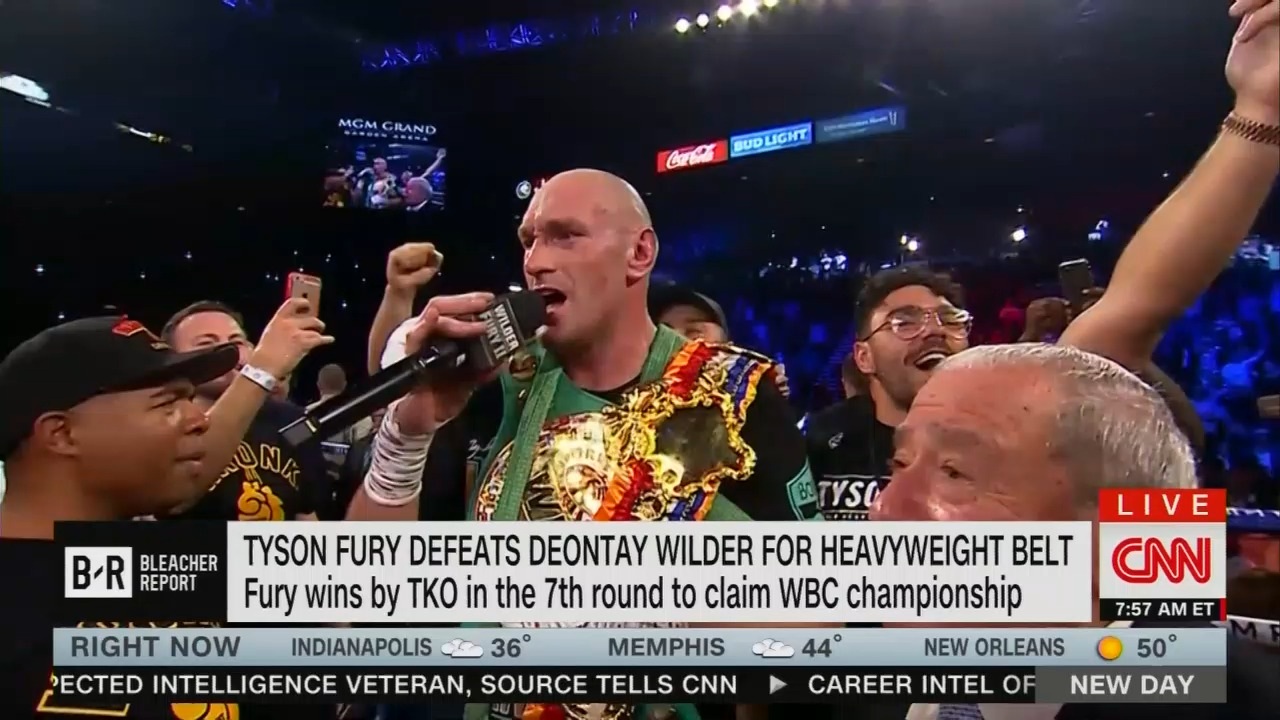 The man known as the “Gypsy King,” Tyson Fury, made sure to clear up any doubt about who the true King is after his seventh round Technical Knock Out of Deontay Wilder Saturday night.

The heavy weight fight was full of flaunt and ceremony from the beginning. Two alpha males, both undefeated (the only mar on their otherwise perfect records was from a draw in their first fight against each other,) and both determined to take the will of their opponent. Even the entrances were created to upstage the other one, which successfully amped up the electric atmosphere of the event.

But once the bell rang at the beginning of the first round, it was clear that Fury was taking control. The pride of the UK danced circles around the hard-hitting Wilder in every round. Merely a few rounds into it, the viewer could see blood spilling from Wilder’s ear.

Fury, on the other hand, looked largely unphased, and practically untouched.

Evidently, Wilder’s corner felt the same way. In the middle of the seventh round, Fury backed Wilder into the corner ropes, and was unleashing a flurry of blows that caused Wilder’s corner to throw in the towel on their fighter, signaling the referee to call the fight.

For many, this was the most notable part of the night. However, in the aftermath of the evening, Tyson Fury made an exclamation that will be forgotten or written-off by many.

“First and foremost, I want to say thank you to my Lord and Savior Jesus Christ,” said Fury at the beginning of his post-fight interview. “I said those who bring evil against me will not prosper. I said those who stand in the dark can never come into the light. All praise be to the One and only true God Jesus Christ.”

Considering the comeback story that Fury wrote just to be in a position to fight Wilder (overcoming both addiction and obesity,) much less beat him so handily, this kind of sentiment is truly inspiring.

As Wilder admitted in his post-fight interview, “The best man won tonight.”