Several players on an Australian Rugby team league have decided not to play in their match on Thursday thanks to a decision with management that wasn’t communicated with players beforehand. 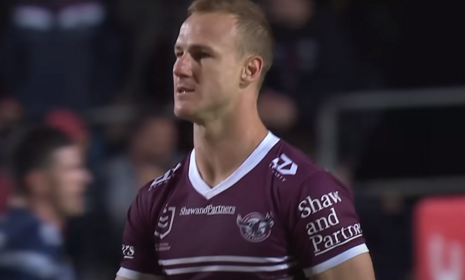 The Manly Warringah Sea Eagles had seven players decide that they would not participate in management’s decision for the team to wear a gay-pride-themed jersey, a decision that the players are pushing back against due to religious and cultural reasons.

Obviously, this decision from the seven players in question was met with stern criticism from former Manly player Ian Roberts, who came out as gay while still playing in the 1990s.

“It hasn’t totally shocked me like it’s shocking everyone else,” Roberts said. “As an older gay man, I’m used to this. I expected there would be some sort of religious pushback.”

Takes like this from gay people are especially infuriating because the LGBT community is one that preaches acceptance and inclusion but yet is so quick to judge people that don’t bow to their ideology. Any time they are met with even the slightest bit of rejection from others, they get all out of sorts because someone dares to see the world differently than them.

Hopefully this little bit of guilt-tripping doesn’t get to the head of the players that decided to not wear the jerseys, because they should stick to their convictions no matter what sort of flack they get.