The British Broadcasting Corporation (BBC) is as supportive of transgenderism as American media. 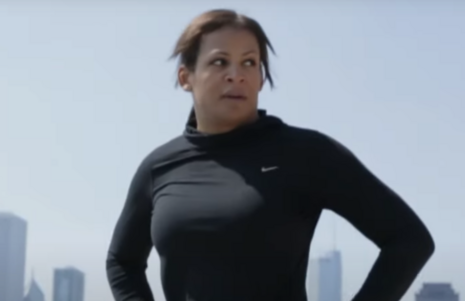 BBC interviewed a transgendered MMA fighter named Fallon Fox (a man pretending to be a woman) last month who has said on the record that he enjoys beating up beating up real women in competitions.

“For the record, I knocked two out. One woman’s skull was fractured, the other not,” said Fox. “And just so you know, I enjoyed it. See, I love smacking up [TERFSs] in the cage who talk transphobic nonsense. It’s bliss!”

Fair Play For Women, a British campaign group that advocates for the rights of women in athletics, demanded that Radio 4 (the station that interviewed fox), issue an on-air apology for conducting an interview with someone that so clearly hates the gender she claims to be a part of.

FPFW also blasted Radio 4, for either not researching their interviewees better or for their willful ignorance of Fox’s comments so they could push an agenda.

"If you knew that Fallon Fox was a trans fighter, you'd also know what Fallon Fox had said,” Dr. Nichol Williams, director of Fair Play for Women, said. “It's either that the woke producers didn't do the basics with research, or they didn't care. This apology means nothing unless they also issue an on-air clarification - they must do due diligence on this topic by bringing on true experts, not just trans people for the sake of it.

This was not the first time in recent memory that the BBC has willfully attempted to paint evil-spirited transgenders in a favorable light. In May, the BBC changed the preferred pronouns of a rapist in order to make the criminal feel better, ignoring biological women who were harmed by this transgendered imposter.

Instead of the rape report reading with the pronouns “he/him,” he report reads: Replacing references to “he/him” in the piece with “they/them” the report read:

[They] threatened to out me as a terf and risk my job if I refused to sleep with [them]. “I was too young to argue and had been brainwashed by queer theory so [they were] a “woman” even if every fibre of my being was screaming throughout so I agreed to go home with [them]. [They] used physical force when I changed my mind upon seeing [their] penis and raped me.

Instead of trying to save the integrity of people that clearly have none, the BBC should transition to being an honest news outlet and not one that celebrates and caters towards degenerates and criminals.