Women's Soccer League Will Only Expand to States That Allow Abortions

The National Women’s Soccer League (NSWL) is looking to expand by adding two new teams in 2024, bringing the total from 12 to 14. Usually, when leagues consider cities or places to expand their business, factors like accessibility, audiences, and marketing strategies come into play. But the NSWL is also thinking about which states and cities still allow abortions. 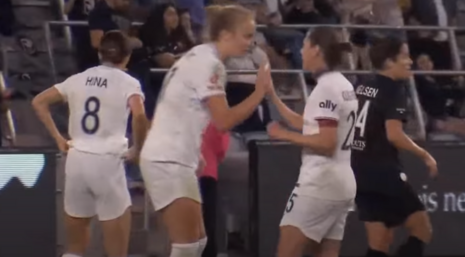 League commissioner Jessica Berman stated that as the league considers where to add teams, it will heavily consider the stances of each state on abortions.

“It’s one of the things that we’re actually currently analyzing, which is looking even at our current markets to see where we have some differentiation between our values and what we stand behind relative to where we have teams located, and what are the solutions we can put in place that we feel comfortable we can commit to and execute on,” she said. “Certainly in the context of expansion that would be part of the analysis.”

The Washington Post published a map that showed 21 states are either likely to ban abortions, will have abortion bans in place soon or have already banned the practice. Based on Berman’s comments, any of those states that don’t already have an NSWL franchise present will not be getting one any time soon.

And frankly, those states should consider that a blessing. The NSWL, like most leagues, care more about aligning themselves with woke agendas and promoting progressive causes rather than playing a sport and marketing a game, so they won’t have to worry about having a leftist sports franchise in their borders.

Hopefully, all states ban abortion soon. That way, far less babies will be killed, and we won’t have to deal with the NSWL growing.