A female skateboarder has vehemently criticized her sponsor company for forcing her to compete against a transgender woman in the Red Stone Cornerstone event. 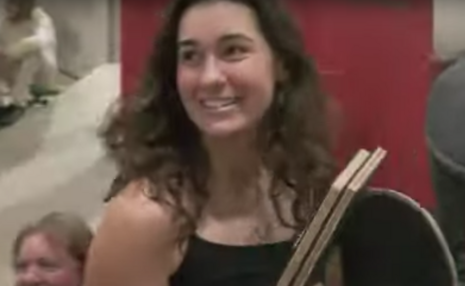 Taylor Silverman called out Red Bull for allowing Lilian Gallagher (a biological male) to compete in the same division as her. Gallagher took home a grand total of $5,000 dollars in prize money in the qualifying, finals, and best trick categories. Silverman, who finished second in the first two categories, took home $2,750 in total prize money -- which would have been more had Gallagher not been allowed to compete.

Silverman posted her justified displeasure with the situation on Instagram. She also sent an email to Red Bull calling for people like Gallagher to not be allowed to compete against real women anymore. Unsurprisingly, the company still has yet to respond to her.

“This took away the opportunity that was meant for women to place and earn money,” Silverman said in the email. “What happened was unfair and, at the time, I was too uncomfortable to speak up. I understand that in today’s society even some women think this is acceptable, but I believe in doing the right thing, even if it’s not the popular thing. I now realize it’s really important for me to speak up and I’d like to schedule a time to talk.”

Female skateboarded Taylor Silverman is speaking out after placing 2nd to a male competitor who identifies as a woman at the @Redbull Cornerstone contest.

Silverman and other female skateboarders were robbed of their achievements and prize money "that was meant for women." pic.twitter.com/jVA48itMRa

While Silverman might not be getting the chance to talk to Red Bull, it is an encouraging sign that she sees that something is fundamentally wrong with what is happening in her sport and is doing something to try and change that.