Of all the topics that Outsports chooses to discuss when focusing on gay athletes, a piece they published on Friday might be the weirdest. 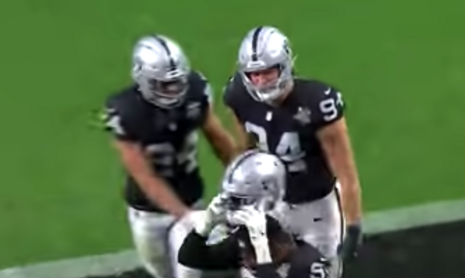 Patrice Evra, a French former professional soccer player who played for West Ham in 2018, said that some of his teammates said aloud they would refuse to shower with any gay teammates, to which he took exception.

“I give the example … someone from the English federation came and he said ‘we need to accept everyone,’ and the amount of players that were like ‘no, if some of my team mates are gay they have to leave now, I won’t do any shower [with them],” Evra said. “I stand up and I say ‘shut up, shut up everyone, can you hear yourselves?’ We still don’t accept everyone. In the football world they are not open minded enough and it’s a shame.”

That quote is the launching pad for the rest of the article that attempts to defend gay athletes and criticize straight ones that might feel somewhat uncomfortable about showering with people that might be attracted to them.

Now, the article actually builds a logical argument in all the ways you’d need: first person sources, points supported by logical explanation, etc. But the tone of the article does something that should never be done in an argument, which is to tear down your opponent for their stance.

Some male athletes have reservations about showering with teammates that are gay, which makes sense. But the article ridicules heterosexual males for having an uneasy feeling about a potentially awkward situation.

“We’ve heard this idiotic trope for decades, that somehow gay men might pose a threat to straight men in the showers,”the article states. “The idea is that if you’re left alone with a gay man and a bar of soap, he may... physically assault you? Stare at you longingly with his eyes? Be left unable to resist your naked body?”

For a community that wants to be accepted, they’re not really doing a great job at respecting the people they want to accept them.

In fact, this kind of shaming logic is exactly what the LGBT activists use all along to get their way. Gay people tend to shame others for being put off by a lifestyle that is contrary to human nature, and basically force them into accepting them out of fear.

And that’s what this article does, almost to the letter.