What do Lia Thomas and Sen. Raphael Warnock have in common? 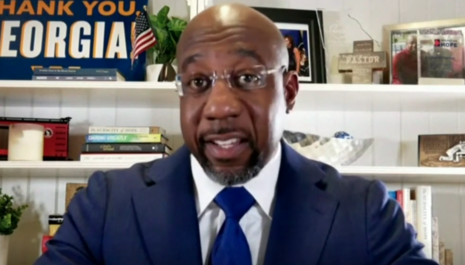 Both pretend to be something that can't exist.

Lia Thomas is a man pretending to be a woman, which can not happen since gender cannot be changed as a result of the work of a scalpel or some medications. Warnock likewise has long claimed to be a pro-choice Christian pastor, but those are two characteristics of a person that logically cannot both be used to describe someone. As such, Warnock was less than enthused at the thought that the landmark case Roe v. Wade could be overturned, as a leaked draft of the Supreme Court ruling revealed.

If the reports are true, I’m deeply disappointed. As a pro-choice pastor and voice for Georgia in the Senate, it’s more urgent than ever that we pass the Women’s Health Protection Act.

These are decisions that should be made between a woman and her doctor—not the government. https://t.co/3o8UkDGbxe

But the thing is, Warnock can’t have it both ways.

True and faithful Christians unequivocally believe that all human life -- from beginning to end -- is valuable, regardless of skin color, overall health, gender, societal status, etc. Psalm 139:13 says, “For you created my inmost being; you knit me together in my mother’s womb,” highlighting how God values babies in the womb from the moment of conception.

No pastor that truly holds to the Christian way of life and to Scripture would even remotely question whether or not the act of abortion is murderous and wrong, and those like Warnock who want to play both sides prove themselves to be liars and make a mockery of the Christian faith.

This is not a “healthcare” decision simply between a woman and her doctor, this is a matter of life and death for children that have been brutally sacrificed since 1973. The government should absolutely intervene, regardless of how people like Warnock feel about it.