Some Crying in Baseball? First Woman Starts In Atlantic League

Last night was a historic night for the MLB’s partner league, the Atlantic League of Professional Baseball (ALPB), but for the wrong reasons. 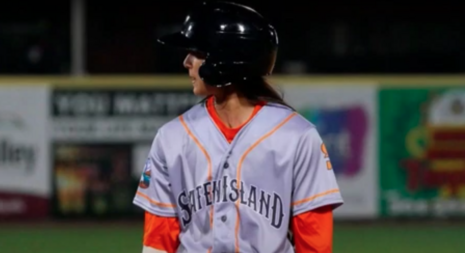 In a game between the Staten Island Ferryhawks and the Gastonia Honey Hunters, Kelsie Whitmore became the first woman to start in an ALPB game, batting ninth for the Ferryhawks and going 0-2 while being hit by a pitch. Whitmore has five prior years of experience pitching for the U.S. women’s baseball team.

While Whitmore was happy about her opportunity for playing in that game, she has her sights set on higher goals.

"Playing baseball at the highest level is my goal,'' Whitmore said after the game. "You know, if you ask any other guy that's going to be in the league what his goal is, it's the same thing, to get to the next level and play at the highest level I could possibly play at.”

Sorry to be the one to rain on the parade, but hopefully we only see men in the MLB as long as it is in existence.

Men should have leagues of their own where they compete against other top male performers, and the same goes for women. If Whitmore is so concerned about competing at the highest level, then she should find the highest level possible for women in this sport.

Blurring the lines between the genders in any sport only leads to confusion and ultimately, nothing beneficial. We have to ask ourselves why we think a woman participating in a male sports league would be a good thing. Is it for the sake of “progress,” which is today’s codeword for breaking down basic perceptions of reality and how to keep a society functioning, or rather because we think that women earn an extra level of value by competing with men? Both of these motives are extremely harmful to society at large, and applauding people like Whitmore for their actions only makes the problem worse.

The analysis and only logical take on these situations might seem repetitive and overused, but it bears repeating because apparently people still need to hear it.