Wimbledon Allows Unvaxxed To Play, But Not Russians

Wimbledon has made some interesting decisions on who can participate in the upcoming tournament. 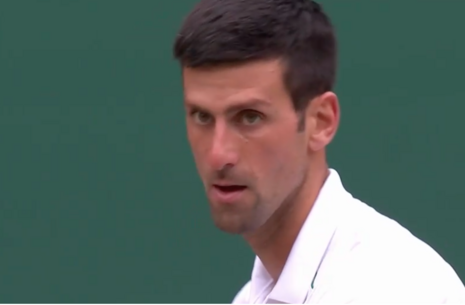 When Novak Djokovic flies to London for Wimbledon, he will not be detained because of his vaccination status like he was in Australia in January.

That is because the All England Club (AELTC) has decided that players attending the prestigious major will not have to be vaccinated in order to participate.

"The requirements set up do not include mandatory vaccination," AELTC CEO Sally Bolton said in a press conference on Tuesday. "It will not be a condition of entry for the championships this year."

Ahh, the sweet taste of victory over the mandates.

With the vaccine mandate lifted, Djokovic will have the chance to win his 21st Grand Slam title, drawing him even with his contemporary, Rafeal Nadal, for the most all-time in the men’s division (it would be his seventh title at this event).

Despite the logic of not continuing this ridiculous and unnecessary rule, the decision comes on the heels of the AELTC deciding to ban Russian and Belarusian players from participating, a decision that was met with fierce pushback from Djokovic himself.

"I personally believe there's no need to suspend Russian players. Competing is their right: there's a rule against discrimination in tennis, which states that everyone can play according to his ranking and not his nationality,” Djokovic said, according to Italian journalist Mario Boccardi. “Wimbledon has violated it."

Logic would suggest that you should not hold athletes who have nothing to do with a major conflict accountable for a country’s decision. But then again, logic is in short supply these days.