The future of Russian soccer just took a massive blow. 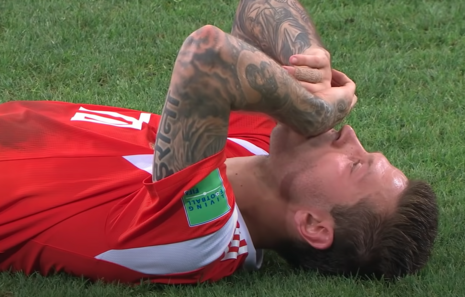 Russia had been suspended and prevented from competing in World Cup qualifiers, and the nation appealed and pleaded for FIFA’s (Fédération Internationale de Football Association) ban to be removed. But on Friday, the Court of Arbitration for Sport (CAS) denied Russia’s request, meaning that Russia will still be suspended.

Before the suspension, Russia sat second in Group H of the UEFA World Cup Qualifying standings with 22 points in 10 matches, just one point behind current group leader Croatia. The suspension means that their matchup with Poland next Thursday has been canceled.

Russia also won't be able to progress in World Cup qualifying and will miss out on this summer’s World Cup in Qatar.

"The challenged decision remains in force and all Russian teams and clubs continue to be suspended from participation in UEFA competitions," the CAS said in a statement on Tuesday.

Just like the economic sanctions placed on Premier League team Chelsea F.C., it's difficult to know if these measures are really all that effective in holding Vladimir Putin accountable. Most Russian athletes have not supported Putin, so punishing the players and sports teams who have nothing to do with him seems like an overreach.