Even at 50, former NHL winger Jaromir Jagr is finding ways to impress on the ice, though this time, it was not with his trademark ability to score goals. 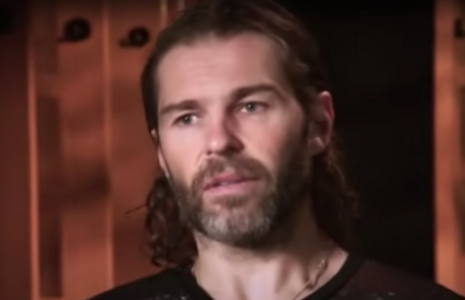 Jagr currently owns and plays for the Knights of Kladno hockey club in the Czech Extraliga, and on Tuesday he used his platform to help the victims of the Ukrainian War.

The Czech star moved the regular season matchup with Sparta HC, from Kladno’s home arena (which seats about 5,200), to the O2 Arena in Prague. Despite changing the location of the matchup just four days before the game took place, 14,512 fans still packed the arena to watch the game, which Sparta won, 4-1.

The proceeds from the game raised $160,000, which included a $68,000 donation from the NHL. Commissioner Gary Betman said that the donation amount was inspired by the “68” Jagr wore on his back when he dominated the NHL.

Throughout the contest, messages from Ukrainian were played on the jumbotron, with a silent crowd taking in the weighty messages they relayed. Two Ukrainian flags with the inscription “Rivalita Stranou" (which loosely translates to “Rivalry Aside”) were draped behind the glass, and the Ukrainian national anthem was played during pregame ceremonies.

With all of the resources he had at his disposal, Jagr took it upon himself to step in and help.

"I feel so sad when I see people fleeing and taking just one bag with them," Jagr said. "Mothers and kids part with their dads as the dads go fight and have no idea if they ever come back. The only thing they hope for is that the world will take care (of) their wives and children."

With the ways in which sports are being used to promote radical and toxic ideologies, this game and what it was used for comes as a breath of fresh air. Regardless of what you may think about the Ukrainian War, people are suffering in very tangible ways from the conflict, and it is encouraging to see people come alongside them in their time of need.