Michele Tafoya: Kaepernick Could Have NFL Job If He Really Wanted To 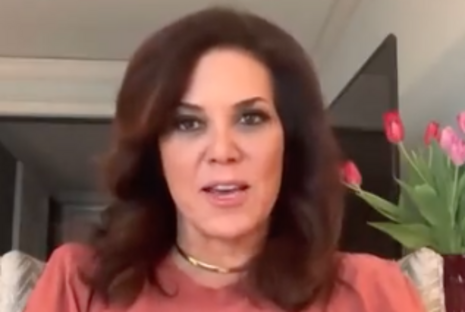 Tafoya, who now works as a campaign operative for Republican Kendall Qualls in the Minnesaota gubernatorial race, appeared on the SiriusXM's Megyn Kelly Show and discussed why former San Francisco 49ers quarterback-turned-activist Colin Kaepernick is not suiting up to play football games in the NFL.

Michele Tafoya speaks on Colin Kaepernick’s career less than 24 hours after she retired from broadcasting😬 pic.twitter.com/SQgH1CwYAS

Her assessment could not have been more accurate, as per these quotes from Breitbart:

“If he really, really wanted — If the one thing he wanted in this life was to be a starting quarterback in the NFL, he’d be one right now, given that he had the talent,” Tafoya said. “But, he made some business decisions… I think he knew what he was risking, and I think that there are some legitimate complaints about race in the NFL and everywhere else in America  — but that’s not why Colin Kaepernick’s not in the NFL.”

Talk about coming out swinging to start your new life adventure.

Of course, Tafoya is right. Despite the fact that Kaepernick was on the downswing of his NFL career when he began protesting the national anthem, he still had enough talent to get a starting job in the NFL if he really wanted to. But he chose to make himself a self-proclaimed martyr, and because his “crusade” involved spreading an incredibly divisive message that alienated the majority of the NFL’s fanbase, NFL owners considered he was not worth the business risk.

Related: Owens: LeBron Is Well-Meaning, But Has A Low IQ

Apparently, all her time at the liberal media hotbed that is NBC did not rob Tafoya of the ability to reason and look at things logically, unlike most of her critics.

Predictably, her response triggered plenty of Twitter responses similar to this one:

If Tafoya can keep providing based takes like this one, it’s going to be fun watching her use her talents for political purposes.