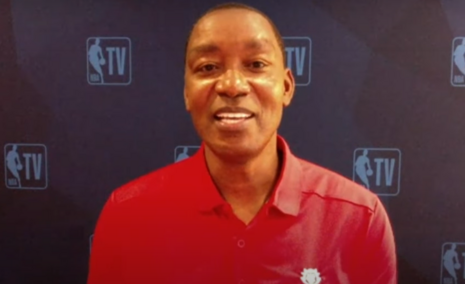 At the start of the season, the NFL announced that it would be playing the “Lift Every Voice And Sing” – widely considered the Black national anthem – in addition to the American national anthem before games. While some would think former and current Black athletes would be supportive of this woke gesture by the NFL, there is a diversity of thought on the issue.

“When you sing the national anthem and then you sing the Black national anthem, the only thing that it does is it’s emphasizing our separateness. Our Founding Fathers, when they wrote the constitution and everything else, they were talking about bringing us together under one umbrella, under one constitution where all men and women are created equal. When you sing those two different anthems, you’re just emphasizing … there are two different statuses in this country. Black and White.”

Thomas’s take could not be more on point.

National anthems are written and sung frequently for an entire country to unite around and to remind its citizens that no matter what, they have a commonality in living in the same country and seeking that country’s well-being. By doing two separate national ceremonies, we are implying that there are two nations within our borders, making the United States really not that united at all.

The NFL is promoting messages and causes that are doing nothing more than tearing at the fabric of American society. Regardless of our skin color, political persuasion, or opinions on social justice, we are all Americans, first and foremost.

As such, the pregame national anthem ceremony should be a time when we are reminded of what unites us and not a way to sow discord and division. We do not need two separate anthems for two separate groups just so we can please the woke mob.

If we want to see genuine change and unity in our country, we must, like Thomas, acknowledge that this country was intended to be a place where we could all pursue our God-given rights and fervently work towards that. Playing two national anthems will accomplish anything but that.