Stephen A. Smith has a routine habit of making outlandish and opinionated statements on events occurring in the world of sports. On Wednesday morning’s edition of the radio show The Breakfast Club, Smith was back to his old ways when he took time to blast athletes who have not chosen to get the jab yet: 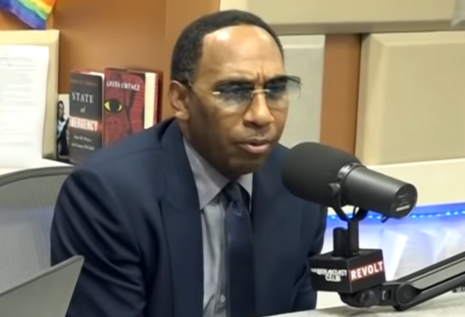 You trying to tell me that the doctor or team physician prescribes something, that you look at every ingredient and Google it? You know good and damn well that’s not the case … We go to the doctor. We ain’t feeling well. The doctor tells us to take something … then, we go get! All of sudden now you want to be like, ‘I want to check.’ Stop, that’s where we look hypocritical.

Normally, Smith’s takes should be received with a grain of salt, knowing full well that he makes a living by spewing nonsense; it works for him. But this is far more serious than whether he thinks the Cowboys will make the playoffs this year.

The majority of players who are choosing not to get the vaccine are not doing do just for the sake of attention, but because they want to make sure it is actually a viable and safe way to make sure they stay healthy. They are simply doing their due diligence to make sure they will not take something that will do more harm than good in the long run.

Those who choose not to get the vaccine should not be made to feel like hypocrites for researching a vaccine that is anything but reliable. Furthermore, unvaccinated athletes should not be viewed as second-class people or be treated as such, but unfortunately, that is what’s happening.

To Smith’s point, athletes can generally trust team physicians when they prescribe something for them to take. But the rest of Smith’s statement is exactly why no progress has been made in finding a reasonable compromise for vaccinated and unvaccinated athletes.

Oftentimes, unvaccinated players are viewed no longer as teammates, but as threats to the safety of everyone who is vaccinated, and they are penalized heftily for violating team or league policies on COVID-19 safety. It is almost as if you are a morally superior person if you get the vaccine.

The only way the sports world can move forward with this issue is when leagues - and commentators like Smith who command a big audience - recognize that a medical decision is up to the individual and that we should not dehumanize those who don’t get the jab.