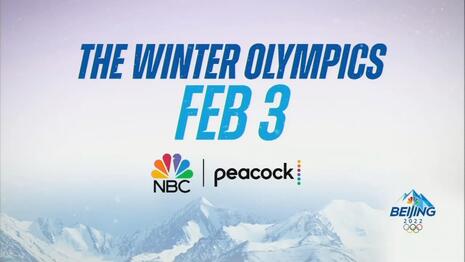 For good reason, the 2022 Winter Olympics are being described as the “genocide games.” The Olympics in Beijing are just six weeks away, and for people with a conscience, it’s impossible to overlook the heinous human rights abuses China is trying to sweep under the rug. It’s also appalling to see huge corporations blindly sponsoring the Winter Games despite China’s despicable dictatorship.

On Wednesday, Breitbart published a list of woke multi-national corporations that are shamelessly sponsoring the farce in China. They’re looking the other way in order to please and profit from a regime with a “long history of mass murder, oppression, corruption and enslavement of minority groups.”

In November, HRW’s Minky Worden said, “The time for quiet diplomacy is over. It’s time for the top sponsors to urge the International Olympic Committee to adopt human rights. It’s time for them to disclose their supply chains in China, particularly any products that have the five rings of the Olympics.”

Instead of listening to that advice, corporations can’t bring themselves to find a conscience when it comes to China and the money they rake in while ignoring the plight of the oppressed.

Take Toyota, which stopped donations to Republican candidates because of what Breitbart surmised as “racist objections to the 2020 election results.” Toyota is tongue-tied about China’s blatant racism.

Visa has "cancel[ed]...credit services" for conservatives, but keeps its mouth shut over China’s atrocities.

A titan of social justice, Coca-Cola all but referred to its own white employees, customers, and people who voted Republican racists. However, it sees and hears no evil when it comes to the brutal Chinese communists.

Samsung is content to serve as a lap dog for China and aims to contribute to Chinese society and be loved by that nation. This corporation praised China's healthcare and its treatment of the disabled. When it comes to China’s human rights violations, they've been anything but vocal.

Similarly, Bridgestone is excited about connecting with Chinese consumers and their pocketbooks.

Huston said AirBnb is suspected of profiting from the oppression and enslavement of China’s enslaved Uyghurs. Airbnb sponsors rental properties in the Xinjiang region where the forced labor camps are located. But in America, AirBnb favors open borders in defiance of our immigration laws, and it criticized former President Donald Trump’s attempt to protect border integrity.

There are more of these sordid stories, but this will suffice for now. On one hand, we have China regretfully landing the 2022 Winter Olympics and using the opportunity to lie to a worldwide audience about being a respected member of the world community. Then there are the disgusting corporations sucking up to China in order to satisfy their greed. There aren’t enough adjectives to describe how pathetic these bed partners truly are.