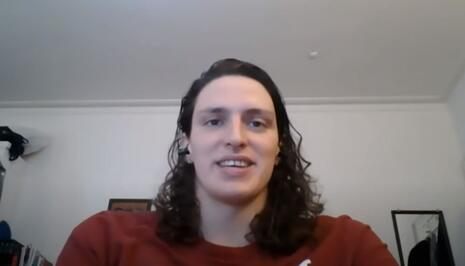 It’s time to stop the madness. University of Pennsylvania swimmer Lia Thomas, a man who’s being allowed to compete for the women’s swimming team, has all the advantages of a female using performance drugs according to John Lohn, editor of Swimming World magazine. Lohn would know. He’s seen it first-hand.

Lohn wrote that Thomas, who competed for the UPenn men’s team for three seasons, has all the advantages of women who won Olympic Gold medals by using steroids. Cheaters, in so many words. He stressed that he isn’t calling Thomas a doper, though.

The NCAA needs to step in and end this transgender insanity because Thomas “has a clear-cut edge over the biological females" he is competing against.

“For the good of the sport, and for fairness to those competing as biological women, a ruling must come down soon. If it doesn’t, the NCAA just doesn’t care,” Lohn says.

After reviewing a list of past swimming dopers, Lohn wrote:

The newest predicament facing the sport is not one of rampant doping, but a complex scenario with an outcome that could be as damning. Yes, we’re discussing the Lia Thomas saga – again. It’s a debate not soon to go away, and with each passing day toward the NCAA Championships in March, the potential of Thomas racing for a Division I crown becomes a more pressing issue.

From a mental perspective, doping-fueled athletes also possessed an upper hand. For clean athletes, the knowledge they were headed into a race already playing catchup was a blow to the system. Questions lingered before the starting beep. How can I keep up? Is there anything I can do to negate their advantage? Why has this setting been allowed?

This should sound familiar to people following the idiotic transgender movement forced on women by LGBT pressure groups and the athletic policymakers they’ve intimidated.

First, we heard from Connecticut high school girls who were cheated out of state championship sprinting medals by two boys dominating their races. They sued, and the Biden Administration’s Department of Justice threw their lawsuits out the door.

Now, the UPenn swimmers – the real women -- and their foes are crying foul. One of them told Outkick:

They feel so discouraged because no matter how much work they put in it, they’re going to lose. Usually, they can get behind the blocks and know they out-trained all their competitors and they’re going to win and give it all they’ve got.

The parents of UPenn swimmers courageously wrote a letter to the NCAA demanding this foolishness be stopped. The NCAA hasn’t yet had the decency to even respond to them. I call them courageous because anyone who stands in opposition to the LGBT cancel machine gets thoroughly trashed.

At stake here is the integrity of women’s sports. The precedent being set – one in which women do not have a protected and equitable space to compete – is a direct threat to female athletes in every sport. What are the boundaries? How is this in line with the NCAA’s commitment to providing a fair environment for student-athletes?

Lohn is highly concerned about what will happen if the NCAA allows Thomas to mop up the competition straight through to the national competition in March. Thomas is not just winning races, but obliterating the competition. He’s destined to deny women of the championships they deserve to determine without intrusions on their sport by men.

Maybe that’s what it will take to wake up the NCAA: a huge outcry from people across the nation who are not buying into this gender-bending nonsense. In recent years, the NCAA has allowed LGBT voices to goad it into punishing states, like North Carolina, for passing laws to protect the sanctity of women’s spaces.

We need more people like Lohn, the UPenn parents and opponents to bend the NCAA’s ears about this travesty.