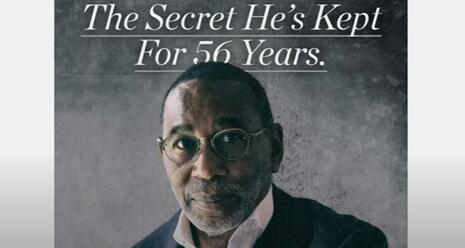 The inconsistencies in what's acceptable in sports are beyond bizarre. Las Vegas Raiders coach Jon Gruden just watched his career fizzle away over 10-year-old text messages on race and gender. Meanwhile, NBA and NHL players are being punished for not getting coronavirus vaccinations. Also, the man who’s led Nike’s Jordan brand for 40 years has been hiding a murder secret for 56 years, and he is “beloved.”

In 1965, Larry Miller shot and killed Edward White in Philadelphia. Now 72, Miller has guarded this secret from Jordan, Nike founder Phil Knight and NBA executives. The black executive is spilling his guts in the book Jump: My Secret Journey From the Streets to the Boardroom, co-written with his daughter Laila Lacy. It will be published by William Morrow, an imprint of HarperCollins, next year.

Now living a life of luxury, Miller told Sports Illustrated writer Howard Beck he wants to share his secret on his own terms. How convenient for him! He says the book release “will free him to discuss his experiences with at-risk youth and people in prison, and perhaps help steer others away from violence and toward a productive life.” Not to mention the advice he can give to young people convicted of crimes to dishonestly hide their secrets for half a century.

Miller is the man whose life suggests comfort and privilege, Beck wrote. He received a commemorative basketball from former President Barack Obama, red boxing gloves from Muhammad Ali. He’s chummy with Jordan and has Kanye West and practically all the NBA stars on speed dial.

“You could spend hours admiring it all, without a single hint of the dark chapter that preceded the journey. Of the years Miller spent in prison, or the horrifying act that put him there,” Beck’s story goes. Miller shot the man for no reason at all, then kept it secret while running the Portland Trail Blazers and overseeing the Jordan brand. He now says the secret of his senseless, horrific act was eating him up inside.

He was arrested multiple times, for numerous crimes, and was in jail or juvenile detention much of the time between ages 13 to 30 in juvenile detention or prison. Nike CEO John Donohoe said Miller is a "beloved" member of the Nike family. NBA Commissioner Adam Silver says Miller's experience makes him "an especially supportive and understanding friend when it came to dealing with others' foibles and mistakes."

Silver incredibly compared a "foible" to murder. And celebrating criminals is now normal for the NBA, whose players boycotted games last year in support of criminals like Jacob Blake who clashed with police.

Miller has served his time in prison, but what about other sports figures facing punishment or career-ending scorn for far less offenses?

The San Jose Sharks suspended star hockey player Evander Kane for 21 games because he submitted a fake vaccination card. The NHL has not mandated vaccination for its players, but it does require unvaccinated players to quarantine to be eligible to play games in Canada. Kane will not be paid for the games he misses. He’s also been shamed into apologizing and into counseling “to help me make better decisions.”

Kyrie Irving of the Brooklyn Nets may not play or practice at all until he gets a COVID-19 vaccination.

Then there’s Gruden, whose NFL coaching career was quickly over because of remarks he made about people’s lips and gender in 2011. Of the objects of Gruden’s criticism, one is the president of the United States, one is the head of the NFL players union (DeMaurice Smith) and others are working as NFL game officials. Gruden’s choice of words was careless, but he didn’t murder anyone and then deceive anyone about it for half a century. The wild inconsistencies of sports punishments are utterly absurd.