Like the rest of society, the sports realm is spinning out of control over draconian vaccine mandates. Vaccine-related madness is dominating today’s media reports on pro football, basketball and baseball. 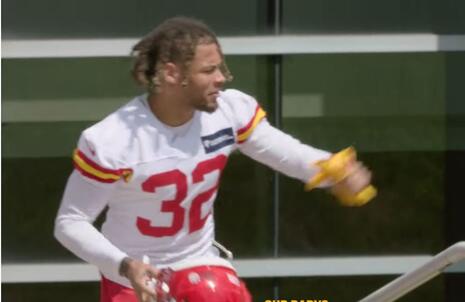 The National Football League Players Association has begun an investigation over possible rules violations by Buffalo and Jacksonville. As reported earlier, the league has not mandated vaccinations for players, but Jaguars Coach Urban Meyer said of player cuts that ”Everyone was considered. That was part of the production and also was he vaccinated or not. To say that was a decision-maker, it certainly was under consideration.”

ESPN reported that Bills general manager Brandon Beane made “similar comments to Meyer” on a team-sponsored One Bills Live radio show in May. He stated “it’d be an advantage” for a team to have a normal offseason experience without unvaccinated players.

The leadership credentials of Minnesota Vikings’ quarterback Kirk Cousins could take a sack over his refusal to submit to vaccination shots. Former NFL QB and current high school football coach Josh McCown is considered a “knowledgeable” expert on the subject by Yahoo Sports.

McCown ripped Cousins by saying he needs to take one for the team, and by merely resorting to mask wearing it lessens his ability to lead the team.

Last month, the hospital in Cousins' hometown of Holland, Mich., cut ties with him for refusing vaccines. He had been helping Holland Hospital with its sports medicine program for four years, but he’s now persona non grata.

The NBA’s biggest stars could be sidelined in certain cities if they don’t take the jab. Brooklyn, San Francisco and New York have adopted city vaccination mandates for indoor venues, and Los Angeles may follow suit. This means unvaccinated players would not be eligible to play in those cities.

Superstars LeBron James, James Harden, Kyrie Irving, Steph Curry and Kevin Durant have not indicated whether or not they are vaccined. The NBA does not have a league rule requiring vaccinations, but the city laws can be invoked against players declining to observe their mandates.

In another bizarre twist, Washington Nationals vice president Bob Boone said he will resign rather than comply with a COVID-19 vaccine mandate for all non-uniformed employees. The Nationals became one of the first baseball teams to require vaccines for non-playing, full-time employees, including coaches, executives and staff. Boone, 73, played in the majors for 18 years and has worked in Washington’s front office since 2005.

Sticking with baseball, the MLB Network's vaccine mandate will ground broadcasters John Smoltz and Al Leiter. They’ll have to do their analysis work from a studio in Secaucus, New Jersey rather than from stadium press boxes, as per ESPN and The Associated Press.

Meanwhile. That’s Tyrann Mathieu (pictured above), veteran safety now with the Kansas City Chiefs. He got vaccinated. Then he caught COVID-19. So vaccines do not guarantee insulation from the coronavirus. And besides, the vaccine gestapo are now hyping boosters, which further undermine the efficacy of vaccines.

As Clay Travis said, the solution for COVID “via vaccination rates, implemented by leagues, remains about as trustworthy as a free throw from Shaq.” He also noted that Coronavirus survivors are building up greater resistance than vaccinated people, who face higher levels of breakthrough infections.