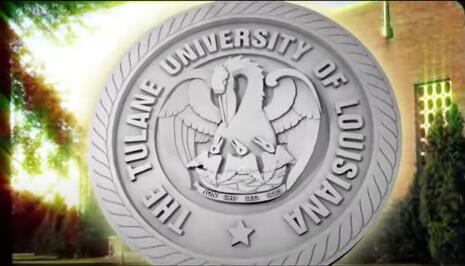 Vaccine mandates have reached into college football. Tulane University is the first major college football school to require so-called vaccine “passports,” and it now remains to be seen if other universities will follow like lemmings.

To attend a Tulane home game this season, fans will be required to prove they’ve been vaccinated or have tested negatively for COVID-19 within the past 72 hours. On top of these stipulations, all fans must wear masks at the outdoor game site.

All of this assumes that vaccines still lacking full FDA approval are the be-all, end-all to the spread of coronavirus infections. When in fact, that’s not true. News apparently hasn’t yet reached New Orleans about vaccine failures and complications, or people catching COVID-19 for the second time. Tulane only averages 20,000 fans per home game to begin with, and now the school wants to make it tougher to draw fans? Go figure.

“It is our hope that the mayor’s directive will encourage the unvaccinated to receive a vaccination for their own benefit and for the benefit of all of us. It also serves as a strong reminder that in a pandemic there are expectations for all who want to participate in activities in which they share an environment with others.”

Yahoo’s Pete Thamel wonders if other major college football programs will follow Tulane’s lead. Especially in (freedom-loving) Red states like Alabama, Mississippi, Arkansas and Louisiana – among the least vaccinated states in the U.S. Thamel wrote that only 38 percent of the people in Louisiana have been vaccinated.

Meanwhile, 95 percent of Tulane’s students and 92 percent of the faculty have been vaccinated.

A few weeks ago, U.S. Sen. Ron Johnson (Rep-Wis.) held a press conference featuring individuals who’ve suffered terrible reactions to vaccines. Among them was the wife of former Green Bay Packer Ken Ruettgers, who received the Moderna vaccine in January. Four days after receiving the first dose, she experienced severe neurological reactions that still inhibit her ability to live a normal life, including muscle pain, numbness, weakness and paresthesia. Others told similar horror stories, including one woman who incurred $250,000 in medical expenses.

Does Tulane University really want to flirt with liability for similar stories resulting from its football games? Do other universities across the nation want to be complicit in health horror stories as well? Football fans can choose to stay home and direct their own health decisions, rather than take unneeded risks forced on them by football teams. This fall, we’ll find out how essential Tulane football really is in the minds of fans.