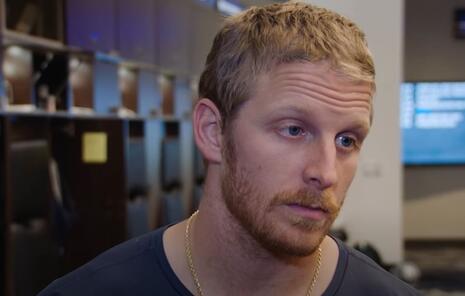 Sports media outlets over the weekend unleashed their fury on former and current pro athletes who spoke out against COVID-19 vaccinations. NBA Hall of Famer John Stockton and current Buffalo Bills wide receiver Cole Beasley are expressing concerns about vaccines.

NBC Sports Pro Football Talk’s Mike Florio went ballistic on Beasley, saying he “unfairly assailed the NFL Players Association for agreeing to rules that give vaccinated players far more freedom in 2021 than players who refuse to get vaccinated.”

“Fine me if you want. My way of living and my values are more important to me than a dollar. … I’m not going to take meds for a leg that isn’t broken. I’d rather take my chances with Covid and build up my immunity that way. Eat better. Drink water. Exercise and do what I think is necessary to be a healthy individual. That is MY CHOICE based on MY experiences and what I think is best. I’ll play for free this year to live life how I’ve lived it from day one. If I’m forced into retirement, so be it.”

A lot of NFL players don’t want to get vaccinated, Beasley claimed. They just aren’t “in the right place in their careers to be so outspoken. I feel for you and I’m hoping I’m doing my part to represent you guys well.”

Florio goes on to preach that it’s “God’s will to allow humans to use their unique talents to cure diseases, to mend broken bones, to develop surgical methodologies, like the one Beasley had in 2019 to repair a core muscle injury. Science is the manifestation of God giving humans the power to prolong lives, to improve lives, to save lives through the development and application of our intellectual talents.”

Florio says opposition to vaccines shows how “toxic and dangerous our current climate has become.” These people are flailing in “algorithm-enforced darkness, clinging to the supposedly inalienable right to f–k up their own lives at the expense of others.”

Stockton is also in the crosshairs of a woke NBC media elitist for appearing in an “over-the-top anti-vaxx documentary." News Reporter Ben Collins ridiculed the Utah Jazz legend for daring to question the efficacy of vaccines.

Deadspin writer Bryan Fonseca piled on Stockton, too: “The ex-Gonzaga Bulldog even went on to add that he conducted his own research, which he’s holding to a higher regard than the health professionals who are researching all this for a living, a common pivot from people who have yet to be vaccinated, and probably won’t be.”

Research can apparently only be trusted if it’s in agreement with the beliefs of the left-stream media. Or if it comes from the mouth of LeBron James, who boasts of how well he educates himself on issues (but won't say if he's been vaccinated or not). Then it’s the Gospel truth.