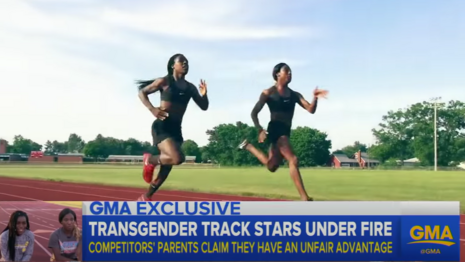 LGBT forces and their media allies are raising a ruckus because 17 states are deliberating on 22 bills that would prevent males from destroying the integrity of women’s sports. Mississippi and North Dakota passed bills to preserve the integrity of women’s sports just last week, and Deadspin writer Donovan Dooley is lying about the state bills impeding the ability of transgender individuals to compete in sports.

This is a red herring, along with Dooley’s false claim that males who identify as “females” do not have unfair physical advantages over real women. Males who are confused about their gender are not prevented from competing in athletics; they have the option of competing in male sports.

Dooley squawks about “invasive practices such as the forced examination of transgender athletes’ reproductive organs” having “no place in sports" because they are “embarrassing and an infringement on anyone’s right to privacy.”

This last argument is also a red herring because determination of an athlete’s gender doesn’t need a drop-your-drawers examination. A birth certificate alone should determine which team people compete on. Yes, that’s so -- even in this crazy time of gender confusion in the wide, weird world of sports.

The Human Rights Campaign, Hall of Fame transgender athlete Chris Mosier and the Women’s Sports Policy Working Group (WSPWG) are all kicking and screaming about state and legal attempts to preserve the integrity of women’s sports. You also have to look hard to find media that aren’t on board with the lie that trans men are actually “females.”

The WSPWG, which lists tennis great Martina Navratilova as a member, rejects “both the effort to exclude trans girls and trans women from girls’ and women’s sport and the effort to disadvantage biological females by forcing them to compete against athletes with male sex-linked physical advantages.”

Incredibly, Dooley wrote that “there is no actual scientific evidence when it comes to any advantage transgender girls have over cisgender girls. If there were, lawmakers would be waving it high overhead for all to see.”

Mosier, who calls himself “a trailblazing transgender athlete and thought leader on LGBTQ inclusion in sports” and a Hall of Fame triathlete and national champion race walker, drew attention on social media “to some of the insane legislation that is being proposed and passed nationwide,” Dooley reported. Last summer, Mosier also posted this fatalistic tweet about trans athletes: 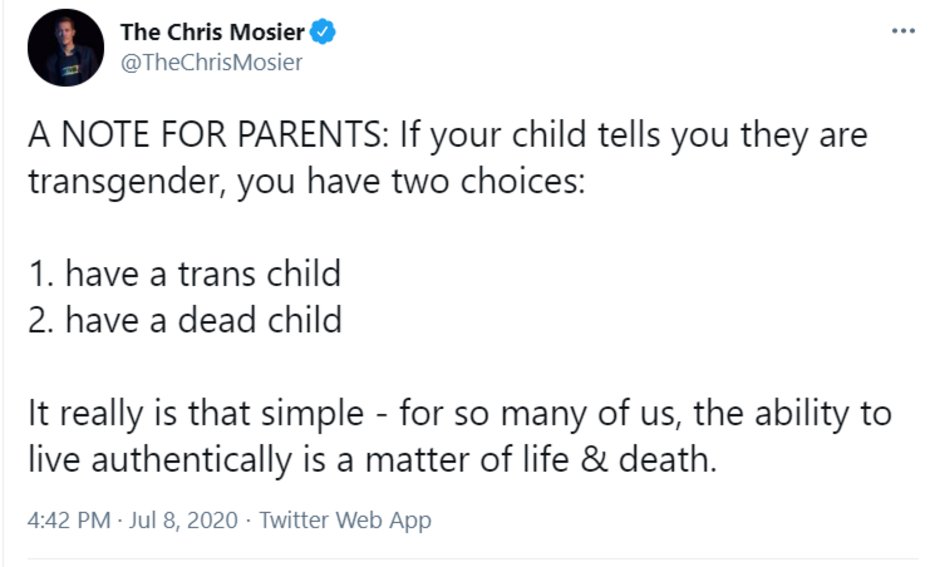 As more confused young children realize their “gender identity,” Dooley said, they must be allowed to feel safe. “Making sure that there will be fair competition in women’s sports will be tough enough in the future without including practices that harm certain groups,” Dooley adds. They must be made to feel safe at the expense of women’s sports, that is.

Who’s really at risk of harm here? Confused boys and men? Or entire teams of girls and women trying to maintain a fair playing field against the intrusion of bigger, stronger males?