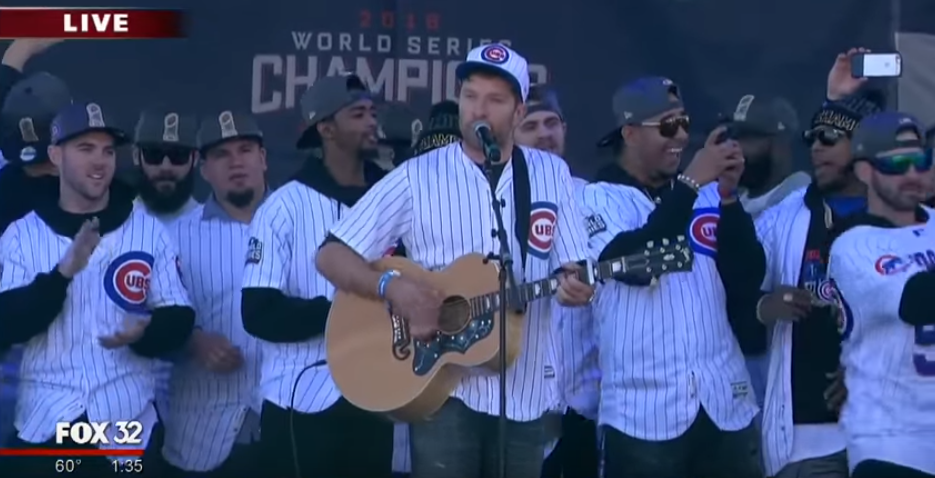 n his winter of discontent, Chicago Tribune Contact Reporter Eric Zorn announced several reasons for quitting as a Cubs' fan. Ending a 30-year love affair with the team, he's comparing its support for President Donald Trump and business dealings with right-wingers to the abusive and homophobic behavior of team members and the co-owner's racist emails.

Understandably, Zorn is turned off by current team member Addison Russell's and former team member Aroldis Chapman's abuse of women, and team co-owner Joe Ricketts' racist emails. But Zorn's big beef, which he mentions more than once, is his intolerance of right-wingers.

Zorn is griping that almost every Cubs' game in 2020 will be broadcast by a proprietary cable/satellite channel, raising the cost by $5 a month. But it's the politics of that company that irks him most:

"That’s only about 50 cents a game if you divide the yearly cost by the number of games, a minor indulgence as luxuries go. But the proposed Marquee Sports Network will be part of Sinclair Broadcast Group, a rabidly right-wing media company, and this news comes after a series of off-field events that have made the franchise decidedly less lovable than back when the Cubs were our town’s 'lovable losers.'”

As if paying rabid right-wingers for the privilege of watching your favorite baseball team isn't "bad" enough, Zorn is alienated by the politics of the team owners. The Ricketts family contributed $1.25 million to Future 45, a super PAC dedicated to the re-election of Republican President Donald Trump.

The Ricketts family isn't just supporting the president. The Republican National Committee recently announced that team co-owner Todd Ricketts will actually lead the fundraising operation for Trump’s re-election campaign. It's just too much for Zorn to bear.

"A proud liberal" who almost always votes Democrat, Zorn tore into Trump in his past writings. In 2016, he wrote in the Tribune, "You may think real estate mogul and reality TV star Donald Trump is a buffoon, a racist clown, a charlatan or just a dope -- a cartoon ugly American come to life whose campaign for president is an exercise in vanity aimed at boosting his long-term business interests. ... I may think some of these things too." Trump, he said, "is also gutsy enough to endorse more police brutality at a time when, in many troubled communities, relations with law enforcement are fraying."

The list of reasons for Zorn divorcing the Cubs is not yet complete. Last August, the team acquired infielder Daniel Murphy from the Nationals. He's a three-time all-star, but nearly four years ago as a member of the Mets he revealed himself to be an intolerant bigot. Murphy said then that he accepts Billy Bean, the inclusion ambassador for Major League Baseball, but he didn't agree with his homosexual lifestyle.

For Zorn, it's strike three for the Cubs, who now bear the guilt for Murphy's so-called homophobic statement from four years ago. Even though Murphy was only with the Cubs for a few weeks in 2018 and has since moved on to the Colorado Rockies. This condemnation goes hand in hand with the sports media's increasing practice of dredging up old controversial comments by athletes and subjecting them to social media shaming.

Resolved to cheering for the White Sox in 2019, Zorn is relieved to know their games are broadcast not by right-wingers, but by established multi-sport channels. As a White Sox fan, he'll adopt the refrain they sing to razz their foes: "Na na na na, na na na na, hey, hey, goodbye." Only he'll figuratively direct it at the right-wingers, the Cubs.