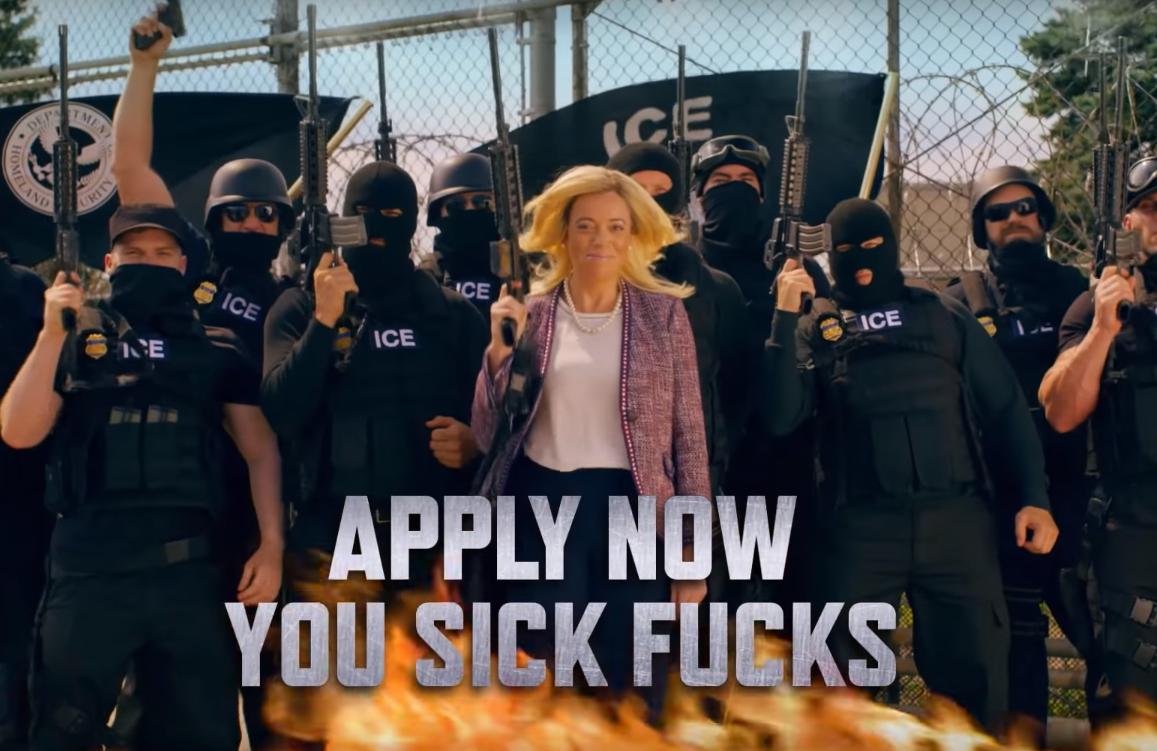 As long as they have the media on their side, comedians can actually build a career out of displays of ill-humored ridicule and provocative statements. None have embraced this so well as The Break host Michelle Wolf, who recently took aim at ICE law enforcement officials.

In a video posted on July 20, Wolf posed as Secretary of Homeland Security Kirstjen Nielsen advertising for the government agency as part of a staged recruitment video. While apparent members of the agency make their statements about what “ICE IS” (which in the video sounds very similar to “ISIS”), Wolf calls for people to join the force claiming that “we accept all levels of experience and education, from low to very low, and actively welcome those with diagnosed anger issues.”

The video features supposed members of ICE brandishing weapons, wearing masks, and running drills by taking fake babies from mannequins. And if the meaning wasn’t clear, the final seconds of the video display the text, “Apply Now You Sick F***s” as Wolf and surrounding agents fire their weapons into the air.

Of course, since ICE has been one of liberal’s favorite anti-Trump weapons, the media took the provocative Wolf bait and praised the “comedian” for her unhinged video. Huffington Post claimed the video “border[ed] on brilliant” for its “ruthless take on what ICE is.” The Daily Beast ridiculed Fox for its negative response to the video, and Slate had its own piece supporting Wolf and her ICE-ISIS comparison.

This video was not much of a surprise coming from Wolf. She is starting to make a habit of making perverse videos, seeing that earlier this month she went on an abortion tirade claiming that killing babies “should be on the dollar menu at McDonalds.”

It seems that you do not need to be that funny to be successful comedian like Wolf. You just need to have the right political stance and unfiltered material.