Sure, you want to honor “women’s history month” but you’re so woke that your version of this social justice initiative goes beyond honoring women to include non-biological women in the festivities. 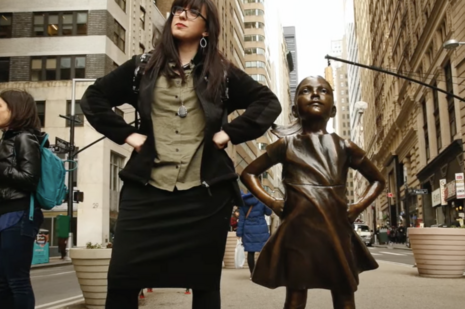 Essentially you aren’t even honoring women specifically anymore, which was the whole point of the month in the first place, right?

Yeah it’s ridiculous. One university in Missouri is taking heat for their more inclusive “women’s history month” which they have now dubbed “womynx history month.” Uh what? No literally, what? How is that pronounced?

FoxNews.com reported that Northwest Missouri State University initiated women’s history month with a ridiculous statement on Twitter.  The tweet, posted March 1, stated, “To commemorate Womynx History Month, Northwest will host a variety of activities throughout the month of March.”

“The theme for this year's celebration is ‘Providing Healing, Promoting Hope,’” the tweet added, though they should be adding “Promoting Confusion” to their theme because even intrepid journalists can’t even make sense of “womynx.”

According to link provided by the outlandish tweet, womynx is is being used to “promote inclusivity.” But what’s the point of trying to be more inclusive than the term “women,” if the whole point of the month is to celebrate women only?

Is it because trans women (biological men) are supposed to be included or something? Sounds like these Marxists are trying to have their cake and eat it too. They want to appear pro-women but also more than that.

Of course social media users expressed their own confusion over the name of the month. Conservative Twitter account “LibsofTikTok,” an account that makes fun of lefty degeneracy on the TikTok social media app, tweeted in response, “Wtf is Womynx?? This is what people go into debt to learn?"

Yeah man. You mean you didn’t sink 100 grand into a gender studies degree?

Another user wrote, “‘Womynx’ does not honor women and girls. It honors a culture trying to erase women and girls.” That’s a good point, considering we live in a society in which biological males are allowed to be called women and compete in women’s sports.

Shortly after the confused responses started coming in, the university deleted its tweet. Obviously they’ve recognized that it was pretty stupid.