Disney Admonishes Russia, But What About China?

Disney is the corporate embodiment of hypocrisy and double standards. I mean, what company with integrity lectures conservatives on their violations of “women’s reproductive rights” but shoots its films in regions of China that also enslave and sterilize Uighur Muslims? That’s why some critics are not falling in love with the company pulling its movies out of Russia due to its invasion of Ukraine. Why not pull its movies from China? 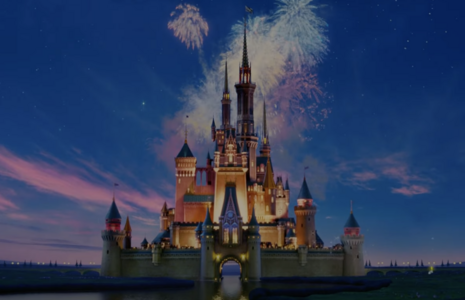 Sure, Disney cares about talking trash to Putin, but the company’s still doing business with Commie China. It’s hard not to see why people see this pro-Ukraine stance as yet another empty virtue signal.

Conservative nerd culture outlet BoundingIntoComics reported on people complaining about this new Disney double standard. They first reminded us of Disney’s recent declaration that they would pull their films from distribution in Russia because of the country’s military invasion of Ukraine.

On Monday, Disney put out a statement on its planned strategy for hurting Russia. That statement declared, “Given the unprovoked invasion of Ukraine and the tragic humanitarian crisis, we are pausing the release of theatrical films in Russia, including the upcoming Turning Red from Pixar.”

Daaaaang. Move over Churchill, Disney now sets the gold standard for dealing with power hungry dictators. No Finding Nemo 3 for you, Vladdy.

Of course, this was supposed to reverberate through our culture as some righteous move against a big baddie that everyone on the planet is disapproving of. Hollywood outlet Deadline.com said Disney’s statement “set the tone” and called it “bold.”

Oh yeah, because admonishing the world’s current biggest bad guy is such a controversial unpopular move. Sarcasm aside, that's the least anyone could do.

Though some people weren’t as enthused about Disney’s actions, considering one of the House of Mouse’s largest business partners is the world’s other supervillain regime, communist China. One popular YouTube film review channel, OMB Reviews, smacked the company around shortly after the statement, saying it is “just really showcasing and exposing the complete hypocrisy of their business model.”

Ouch. In its video on the subject, OMB Reviews stated, “while they’re making statements about Russia, while they’re talking about Russia, they still remain completely mum about China and the blatant human rights violations that we know have been going on in that country for decades at this point in time.”

Yeah, it’s hard to forget that. Being pro-Ukraine does not help us forget that Disney literally thanked the government of the region of China that has Uighurs in concentration camps. The local government let the movie company film their live-action Mulan in that region.

Conservative Boston Globe columnist Jeff Jacoby tweeted a snarky line which read, “With the genocidal regime in China, on the other hand, @Disney will continue business as usual.” Yep, that seems to be the case.

Not elated with Disney’s move, author and investor Vivek Ramaswamy tweeted, “Disney was criticized for filming Mulan in the Xinjiang province of China where over 1 million Uighurs are enslaved and abused in concentration camps. Its response? Stop releasing movies in Russia where it makes almost no money.”

Wow, good point. If that’s true, it sounds like Disney's brave moral stance was the easy virtue signal. When it comes to the hard stuff such as standing up to China and risking billions of dollars, the company isn’t brave at all.