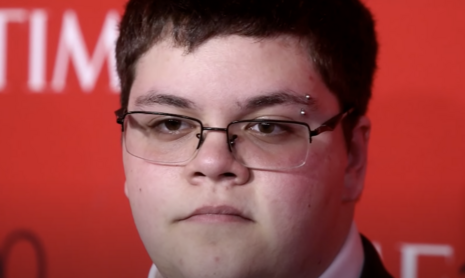 Sorry ladies, the Supreme Court of the United States won’t keep boys out of the girls bathroom.

On June 28, SCOTUS rejected Gloucester High School’s appeal to reinstate its transgender bathroom ban after an appeals court ruled that it was “unconstitutional,” the Associated Press reported. Though high court judges Samuel Alito and Clarence Thomas voted to hear the board’s appeal.

Gloucester High School, part of Gloucester County school district, instituted a bathroom ban in 2015 in response to a transgender student’s attempts to use the boys’ bathroom. School board policy mandated that then-15 year-old Gavin Grimm would only be allowed to use the bathroom corresponding to his biological sex – which is female – or use private restrooms.

At the time, Grimm complained that having to use a private bathroom in the nurse’s office and the women’s restroom was “humiliating and severely interfered with his education.” As such, the transgender student sought legal representation with the ACLU and filed a federal lawsuit against the school. In a statement, Grimm said, “Trans youth deserve to use the bathroom in peace without being humiliated and stigmatized by their own school boards and elected officials.”

BuzzFeed reported that Grimm’s case bounced around the appeals court for several years, until finally in 2019, a judge ruled the ban “unconstitutional” and discriminatory of Grimm. The school board appealed, arguing that “federal laws protect against discrimination based on sex, not gender identity.” At the time that the school board administered their ban, Grimm had not undergone a sex change, so they claimed he was still anatomically a female. Though in 2020, the 4th Circuit Court shot that appeal down.

The AP reported, “A U.S. District Court judge and the 4th U.S. Circuit Court of Appeals both ruled that the board’s policy violated Title IX, a federal civil rights law barring sex-based discrimination in any school that receives federal money.” The court also ruled that the ban violated the constitution's Equal Protection Clause in keeping the trans male out of the boys bathroom.

SCOTUS had been originally scheduled to hear the school board’s appeal in 2017, though as the AP claimed, the case wasn’t heard as the Trump administration “withdrew” the government’s support for Grimm’s case. Though finally this week SCOTUS has allowed the lower court’s judgment to stand.

For SCOTUS to allow such a ruling to be upheld seems to say that they don’t see a pressing need to differentiate between biological females and trans women; and the same for trans men and biological men – at least for the moment. After the court’s refusal to hear the case, Grimm called it a “victory.” He tweeted, “We won...  Honored to have been part of this victory.”

I was barred from the bathroom at my highschool 7 years ago, when I was 15. 6 years ago, at 16, myself with the @ACLU/@ACLUVA filed suit in response to that discrimination. Twice since I have enjoyed victories in court, and now it's over. We won.