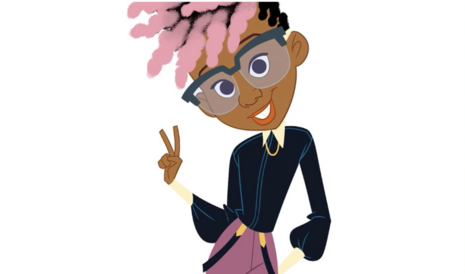 Another favorite kids show for the last generation of youngsters is falling victim to yet more militant wokeness. Last month, Entertainment Weekly finally unveiled the new, LGBTQ-as-hell characters from its upcoming Proud Family reboot. Yes, the show now has an interracial gay dad couple, who, might we add, are the proud parents of another new character, a budding social justice activist.

Well this certainly puts the Proud in Proud Family.

The reboot, which is set to air on DisneyPlus in 2022, makes no bones about its commitment to the radical, anti-traditional family spirit of the age. Just look at the show’s name, The Proud Family: Louder and Prouder. Of course, the show lives up to the euphemism, with EW announcing that gay Hollywood actor Zachary Quinto and trans actor Billy Porter will be playing an interracial gay couple.

And even better, the two gay dads – one of which is white, while the other is black – are raising a budding BLM/Antifa supporter. Well EW referred to their adoptive daughter as “14-year-old activist Maya Leibowitz-Jenkins,” but we know exactly what they’re going for. Though really, if Maya Leibowitz-Jenkins is that woke, wouldn’t she be having a problem with her African American dad being married to a white man?

Well at the very least, we should be expecting long lectures from Maya towards her white dad about his tacit cooperation with America’s systemic racism.

It’s also fitting that the new character will be played by former Disney Channel star, Keke Palmer, an actress and BLM supporter who tried to convince folks that President Trump was trying to start a race war in 2020; never mind the mayhem violent leftists were visiting on American cities.

And the wokeness doesn’t stop there. Apparently a character from the original series – Michael, the best guy friend of the main character Penny – appears to be returning as a non-binary character with pink braids and other feminine features. EW described the updated character “as a non-conforming trendsetter, serving fierce looks at school and on the basketball court.”

Eh, judging by the photo, “Michael” looks like he would be more comfortable in a YouTube beauty vlog. But I guess that’s just us neanderthals judging a book by its cover.

Though what else are we to expect from Disney these days? The mega media giant has cultivated some of the most cherished childhood memories, only to brutally crush them years down the road. Ask any diehard Star Wars fan. Now it seems that even a lighthearted children’s comedy about a charmingly dysfunctional African American family can’t escape the woke revisionism.