Obese is the New Thin: ‘Cosmo’ Mag Claims That Fat Women are ‘Healthy’ Too

Sure, obesity may be one of the leading causes of death in America, but in our ridiculous era, pointing that out could prove fatal to the self-esteem of obese people and that’s more important. 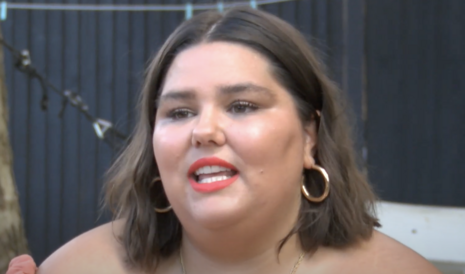 According to women’s rag Cosmopolitan, there’s nothing worse than hurting overweight people’s feelings, even if that includes normalizing a lifestyle that could kill them. That’s why its latest cover features an obese woman in athletic gear and a title claiming, “This is healthy!”

Yeah, this bit of Orwellian chicanery graced the front of the women’s sex and lifestyle magazine for its February 21 issues in order to prove that “wellness isn't 'one size fits all.’” Well that’s one way to get back at those anxiety-inducing New Year's resolutions. Just turn weight loss goals on their head entirely.

The anti-scientific piece featured excerpts from each of eleven unorthodox fitness gurus in order to convey that “'healthy' can be a loaded term” and that yes, fat women with a much higher risk of heart disease, can “reclaim” the world “healthy” for themselves.

Take Callie Thorpe, the overweight social media fitness influencer featured on Cosmo’s cover: she told the magazine that throughout her life she tried to diet, but hasn’t been able to conquer “disordered eating.” Though she has since quit being so hard on herself and become a prominent “self-love” guru.

Thorpe told the magazine, “Plus-size people often feel like they can’t be part of the wellness space. We are trolled for being fat, then can feel excluded from exercise because our bodies don’t fit the narrative.” Well while we do feel sorry for Thorpe, as bullying is never acceptable, Cosmo shouldn’t be touting the influencer as a model of health and wellness. There are parts about her lifestyle that are objectively dangerous.

Same goes for yoga teacher Jessamyn Stanley, an obese woman featured in the article that has gained a following in the lifestyle community thanks to her “inclusive” approach to yoga. Stanley spoke about her journey of accepting her body type, claiming, “I grew up in a community where all of my physical attributes – wide nose, big belly, big ass, big lips, dark skin – were deemed ugly.”

Well, again that’s a shame. And while we should rebuke anyone who berated Stanley for her looks, saying that her body is “healthy” or a good example of fitness in order to compensate for her hurt feelings is too extreme of a reaction. Stanley and Cosmopolitan can’t be so “inclusive” in their standards of health, that dangerous habits are deemed equal to healthy ones.

Of course, those people on Twitter who have a modicum of common sense recognized Cosmo’s problematic premise for what it was. The Blaze’s Jessica O’Donnell retweeted the article with the satirical comment, “the party of science strikes again.”

And conservative commentator Liz Wheeler explained, “655,000 people die of heart disease every year in the United States. That’s nearly 1,800 people every day… One of the leading causes? Obesity. This is not healthy. It’s a lie that hurts women.”

Sure self-esteem is important, but our culture must recognize that it doesn’t change the very real facts behind an obesity epidemic, for example.