After four years, all the media really has on Donald Trump and his family is fictional slander. Considering that the latest hit against the Trumps comes from a dejected former best friend of Ivanka Trump’s intended to make her look like a brat, rock bottom doesn’t begin to describe where the media’s at in their war with that baaaaad orange man. 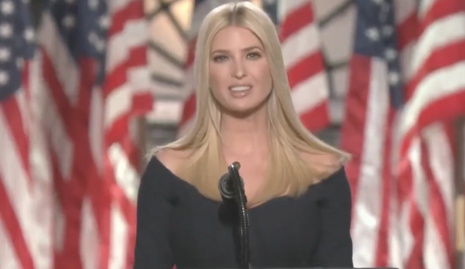 Oh, impeachment and RussiaGate didn’t work? Surely this gossip that reads like a plot point from the movie Mean Girls will finally ruin the Trump reputation.

In a Vanity Fair hit piece from November 17, reporter Lysandra Ohrstrom described being Ivanka Trump’s closest friend for years. However, the piece wasn’t a love letter between friends who were “inseparable” during train rides throughout Europe or while horseback riding in Central America, it was a smear that pointed out nasty little things about Ivanka that Ohrstrom noticed during the time they were close.

Just by reading the title of the piece, readers could get a hint at the petty jealousy at the heart of the article: “IVANKA TRUMP WAS MY BEST FRIEND. NOW SHE’S MAGA ROYALTY.” Well, if Ivanka’s that bad, then really, it’s on Ohrstrom. There are so many Twitter mob vendettas against people who have enabled or humanized the Trumps' monstrosity by having conversations with them or being friends with them. Where’s Ohrstrom’s flogging?

Well so long as she gives Trump haters the goods about Ivanka being “shamelessly vain” or being into “talking about herself” then she’ll probably be given a pass. While describing her adolescence Trump’s eldest child, Orhstrom even made cliche digs against the current president.

In one anecdote, she lamented how Trump would make sexist remarks about her image. “Though he never remembered my name, he seemed to have a photographic memory for changes in my body,” Ohrstrom recalled. She then pointed to a specific circumstance where,“Don Jr. swiped half a grilled cheese sandwich off my plate. Ivanka scolded him, but Mr. Trump chimed in, “Don’t worry. She doesn’t need it. He’s doing her a favor.”

But back to Ivanka. Despite these devastating assaults on her young psychology, Ohrstom admitted that they remained “more sisters than best friends,” “for more than a decade.” But it was when Ivanka’s father started getting into politics and the First Daughter decided to support him, that she had to betray her “sister.”

She wrote, “I’ve watched as Ivanka has laid waste to the image she worked so hard to build,” and specifically mentioned “countless conversations” with friends about “how appalled we are that she didn’t publicly oppose Brett Kavanaugh’s Supreme Court nomination, or any of her dad’s especially repugnant policies.”

Oh right, the friendship was destroyed by partisan bullcrap. Who knew that “sisters” could be so easily turned against each other via cheap CNN/MSNBC talking points?

The piece then further devolved into a full-on gossip column with even more petty attacks on Ivanka’s character from when she was a young lady. Ohrstom showed no mercy by calling Ivanka a braggart, recalling that she “never wore a Halloween costume that wasn’t flattering,” saying she enjoyed “McDonalds" cheeseburgers, and that “she cursed.”

The lowest point in the whole dumpster fire included an epithet about Ivanka breaking wind in class and blaming it on someone else. “One of the earliest memories I have of Ivanka from before we were friends is when she blamed a fart on a classmate,” she wrote. Wow, that is brutal stuff. From breaking wind to breaking Geneva conventions in the left’s Trump Derangement Syndrome-addled hive mind.

Well we hope she’s happy. Ohrstrom’s legacy will forever be the “fart” story,” which may get her 10 minutes of scrutiny in a cycle already saturated by petty Trump hate, if she’s lucky. Take that, Ivanka Trump.