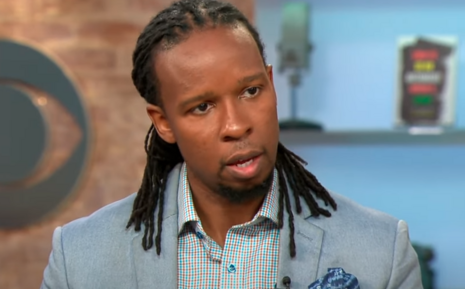 Anytime conservatives have a policy point that lefties disagree with, the left has an almost mystical ability of turning that into a racist slur. According to one African American scholar at Boston University, the phrase, “legal vote” is racist.

Ah, that should neuter any of the Trump team’s efforts to figure out whether or not America just sat through its first third world election.

Ibram X Kendi, a radical author and leftist professor currently poisoning the minds at once prestigious Boston University, is now calling into question our ability to discern voter fraud by deeming the term "legal vote" a racist dog whistle.

Over the weekend, Kendi, a proud Black Lives Matter advocate, tweeted, “The term ‘legal vote’ is as fictionally fraught and functionally racist as the terms ‘illegal alien’ and ‘race neutral’ and ‘welfare queen’ and ‘handouts’ and ‘super predator’ and ‘crackbaby’ and ‘personal responsibility’ and ‘post racial.’”

So pretty much anything Kendi says is racist is, you know, racist.  And fine, perhaps “superpredator” demeans black men and “crackbaby” is an insensitive term, but to claim that the constitutional importance inherent in “legal vote” is nullified because some people think it’s a weapon against minorities makes no sense.

Though Kendi tried his best to give it weight. In a subsequent tweet, he stated, “The misinformation of widespread voter fraud—or ‘illegal voting’—in Detroit, Philadelphia, Atlanta, and Phoenix where Black and Brown voters predominate is baked into the term ‘legal vote.’”

This is just a leftist tool to get Americans to forget about getting to the bottom of voter fraud obviously. Really? Should we ignore trying to preserve election integrity because a person who is, say, Latino feels sore about being turned away for having invalid voter ID?

Kendi added, “No matter what GOP propaganda says, there’s nothing wrong with those voters and votes.” Yeah, scribble “John Biden Jr.” on a bit of construction paper with crayon. Perfectly valid, right?

Then Kendi gave the most insane argument possible, tweeting, “What makes a term racist is rarely the term’s literal meaning, and almost always the historical and political context in which the term is being used.” Oh right., don’t weigh the merit or importance of some phrase by what it is, just judge it by how it sits in the minds of anti-American zealots who want Trump the hell out of office.

Remember when some Biden voters tried to convince us that “illegal immigrant” was a anti-Mexican slur, or laughably that chain migration was a rhetorical throwback to when people were brought here in “chains?”

Yeah, it’s another harebrained scheme aimed at rendering weak minded individuals into not standing up for our constitutional process. Kendi is desperate that we don’t get to the bottom of what happened this election. Perhaps he protests too much.