You Got a Problem With ‘Child Sexuality?’ Media Defend Child-Exploiting ‘Cuties’ Movie

Several big name publications have decided to go on defense for a Netflix movie that hypersexualizes little girls. And to think, some of us are unsure about calling the media the “enemy of the people.” 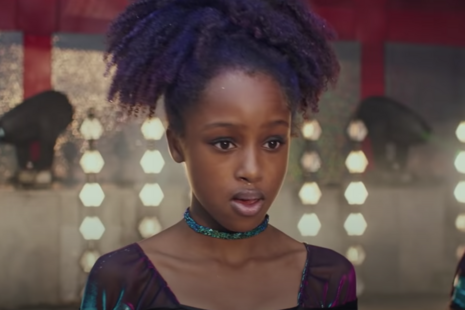 Outlets like Rolling Stone, L.A. Times, The Telegraph and The New Yorker defended the film as “worth seeing” and a nice “coming-of-age” story, and condemned critics as crazies from the "right-wing" who are “afraid of child sexuality.” Uhhhhhh. Yeah, it’s that heinous.

In August, news broke that a Netflix movie from France, called Cuties in English, featuring sexualized young girls would debut on the platform in the Fall. Of course, controversy ensued when uncomfortable folks, appalled at seeing the film’s promo material featuring preteens in skimpy outfits, got hold of an early review from Screen Daily of the French film which claimed it contained scenes of “twerking pre-teen bodies.”

That’s disturbing. Of course, the review attempted to justify these scenes as teaching a moral lesson. It claimed the scenes were "explicitly designed to shock mature audiences into a contemplation of today’s destruction of innocence...."

Most people – especially normal people who love their children – were appalled that the movie would even feature hypersexualized, twerking girls to prove a point about hypersexualized, twerking girls. What was weirder was that the review even went so far as to  call Cuties a “film for and about kids.” MRC Culture’s Elise Ehrhard put it a little more precisely, calling Cuties “a film for predators and groomers.”

Since the news originally broke, a change.org petition has been making the rounds to have the film removed from Netflix.

When the film debuted on the streaming platform on Wednesday, scenes proved even more shocking than anyone had anticipated. In a clip from Cuties that went viral due to its repugnancy, the little girls perform a very sexual dance on stage before a large audience. Not only are the girls depicted twerking, but they are shown gyrating, thrusting their hips and making sexually provocative gestures with their hands and arms. It's appalling.

What was even more appalling was that not everyone was on the same page in terms of denouncing the film. Big outlets were defending the hypersexual underage footage and gaslighting readers into thinking that attacks on the film were a coordinated hit piece by "right-wing" media.

Rolling Stone dismissed concerns over the movie, with the headline for their September 9 film review referring to it as a “coming-of-age movie caught in the culture wars.” First of all, there’s nothing “of age” about this movie. Secondly, this shouldn’t be a right or left, or “culture war,” thing. It’s objectively reprehensible. The piece added, “Here’s what the film’s not: a salacious bit of pedo-bait designed to appeal to baser instincts rather than better angels.”

Uh, did Rolling Stone even see the movie, or the clip?

In their review, the Los Angeles Times called Cuties a film “worth seeing,” and bashed the people who “condemned it sight unseen” -- you know, angry right-wingers who have problems with children freely expressing themselves sexually. This is the same publication that praises the “sparkle” that drag queens can bring to child audiences at Drag Queen Story Hour.

The New Yorker defended the film as well in a review with this title: “‘Cuties,’ the extraordinary Netflix debut that became the target of a right-wing campaign.” It should be the target of a Child Protective Services sting operation, ideally.

And the most depraved film review in the history of mankind, possibly, was written by British paper The Telegraph, which called Cuties “a provocative powder keg for an age terrified by child sexuality.” Really? We have a stigma against “child sexuality?” Oh, we’re sorry we haven’t caught up to that kind of progress. What has happened to our culture?

If you’re as disturbed by Netflix and the media’s support of this harmful film as we are, please call Netflix at 888-373-8390 and tell them to cancel Cuties. 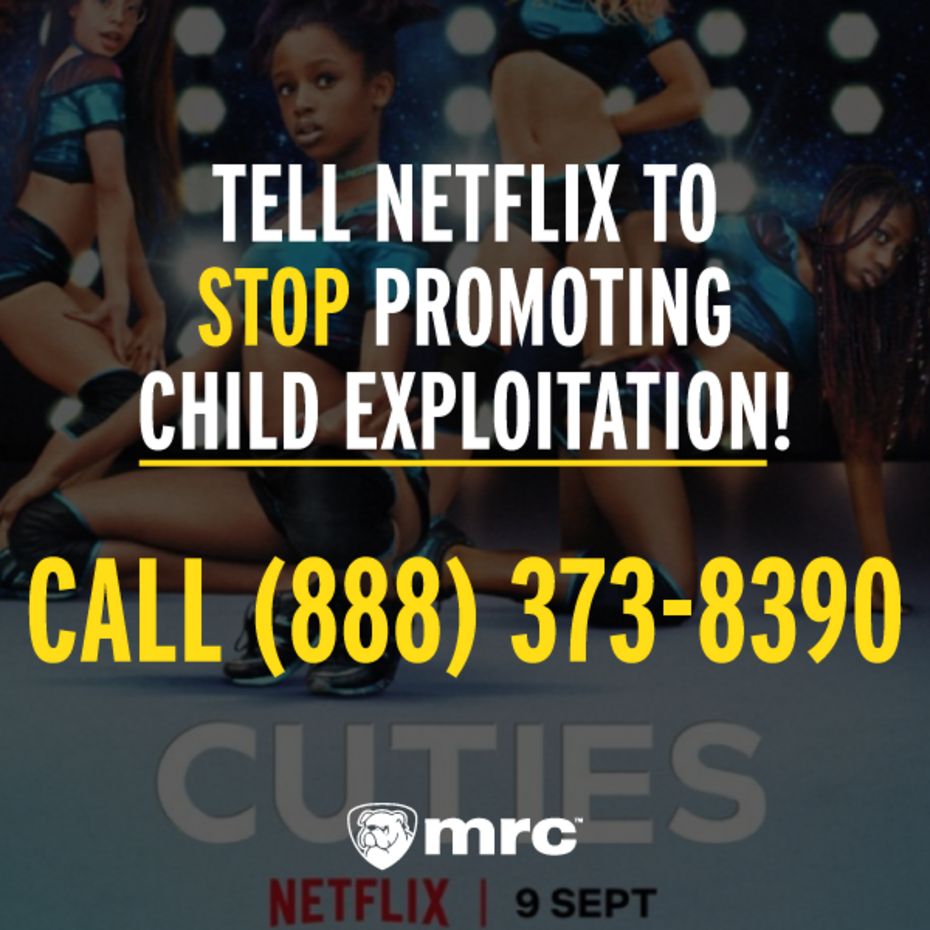