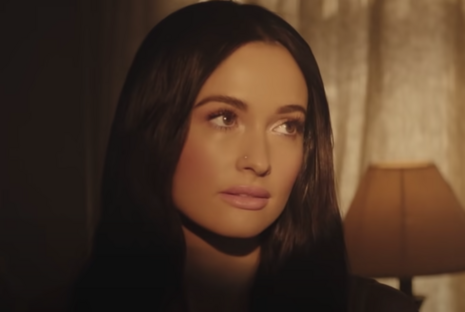 Apparently Grammy-winning country music artist Kacey Musgraves has been watching CNN.  She blasted Trump voters on Twitter over the weekend, saying that voting for the current president is essentially an “act of violence.”

The “Golden Hour” singer/songwriter made a fool out of herself on Twitter on Aug 28, accusing folks using their right to vote as perpetrating violence. No joke. Musgraves, an ardent supporter of peace, love, tolerance and every other feel good liberal platitude, can’t stomach people’s electoral choices. Weird how that works, right?

The country star tweeted a rainbow-colored backdrop that had a very undemocratic quote on it. It read, “If you love an LGBTQ+ person and you’re planning on voting for Donald Trump in November, that’s an act of violence against them?” Oh is it?

The singer added her own caption to the post, tweeting, “To each their own but know what your vote means.”

That’s big of her. Nearly 90 thousand folks liked Musgraves’ post, and that seems like an awful lot of people who don’t get what constitutes “violence.”

As far as her asinine argument goes, the Trump administration is one of the friendliest administrations to LGBTQ folks in history. Countless Twitter accounts including those of conservative leaders, reminded the singer that Trump’s employed the first openly gay cabinet member in U.S. history. 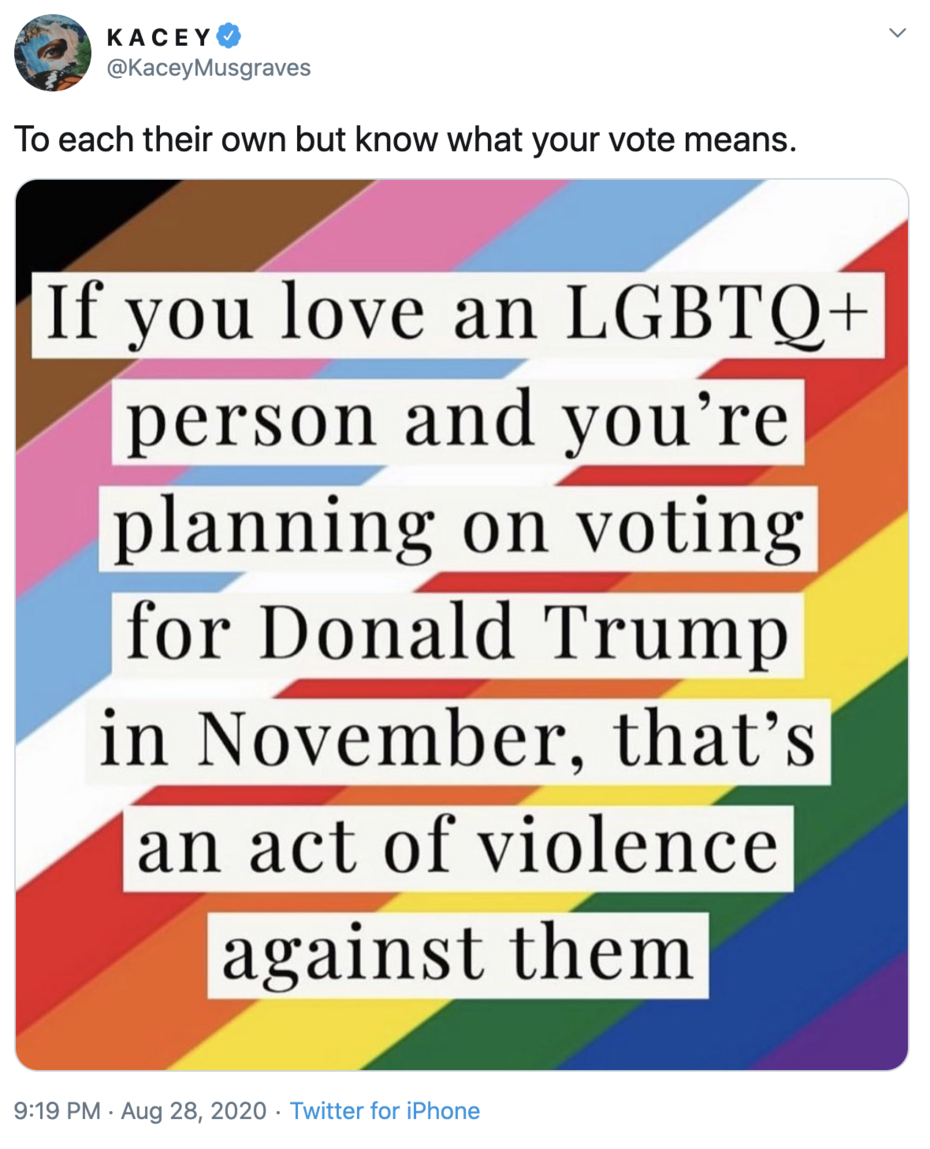 Conservative podcaster, author, and comedian Tim Young admonished Musgraves for the irony of calling voting violent when BLM is assaulting people in the streets, and then reminded her that gay Republican Ricard Grenell was the Acting Director of the United States National Intelligence Agency. “Looting, burning down buildings and riots aren't violence... but voting is to these clowns. Also maybe talk to @RichardGrenell…” Young tweeted.

Senior contributor to The Federalist, Chad Felix Greene tweeted, “This is false. Trump has been a fantastic leader for LGBT people. He supported us before office and has continued doing so ever since.”

Green added, “Trump made history appointing the first gay person to a cabinet position and has launched an effort to decriminalize homosexuality worldwide.”

Just focus on your next album, Ms. Musgraves.