Uh oh. If you’re a fan of superhero movies, get ready to kiss them goodbye. Time magazine just signaled to the rest of the BLM-worshipping media landscape that caped crusaders, like the ones from Marvel movies, are essentially cops with capes. And you know what literally anyone who’s anyone thinks of cops, don’t you? 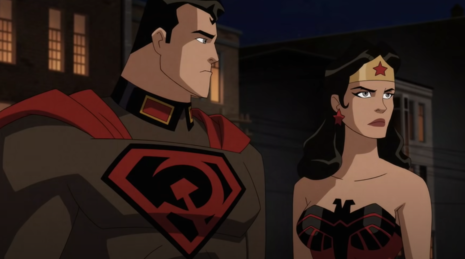 Consider the premise that the writer of this latest Time article put at the outset of her piece. Eliana Dockterman wrote, “Legal procedurals and shoot-em-up action movies have long presented a skewed perception of the justice system in America, in which the police are almost always positioned as the good guys.” Yes, that’s abhorrent isn’t it? Police portrayed as good?!

Not only does BLM’s inaccurate and unfair view of cops need to plague our reality, it needs to plague our fictional reality. The author added, “Actors and writers who contributed to police procedurals are criticizing their own work and donating money to the NAACP Legal Defense Fund. Parents are protesting benevolent portrayals of canine cops in the children’s television show Paw Patrol.” OK, well, just because a bunch of whacked out leftists say so doesn’t mean that’s prevailing wisdom. We haven’t checked the polling data on parents who detest Paw Patrol for its social message, but we’re willing to bet it’s not a huge number.

But since no one in the Hollywood industry is speaking out against this erasure of the good and necessary points of law enforcement in movies, superheroes are set to get the same treatment. Dockterman posed the question, “And yet what are superheroes except cops with capes who enact justice with their powers?”

“Most superhero stories star straight, white men who either function as an extension of a broken U.S. justice system or as vigilantes without any checks on their powers,” the author added, explaining that superheroes are even worse cops because they act with even less impunity than bad police do.

Dockterman then made it about color saying that much of this corrupt view of superheroes exists in film because “the creators and stars of these movies have historically been white men.” Oh, that would explain it. Totally. “It’s hardly surprising that so few [superheroes] reckon with issues of systemic racism—let alone sexism, homophobia, transphobia and other forms of bigotry embedded in the justice system.”

So, since this just got racist, what’s the solution to these flawed portrayals? Well, besides getting rid of superhero films – hire minority writers, yes, because only people of a certain skin color get it, right? Dockterman wrote, “If Hollywood is to do better in telling these stories, more creators of color need to be given the reins to tell them.” OK, that guarantees good ideas right? Much like the great idea that law enforcement should be completely dismantled?

Yep, apparently so. The author concluded, “Only when this creative freedom is encouraged and Hollywood offers more opportunities to BIPOC creators… will we get more superhero tales that adequately grapple with the complexity of justice in America.” Because white people justice is not justice. What stupidity!