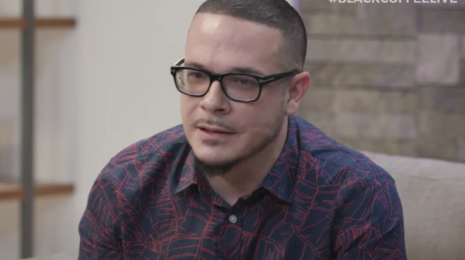 You could be forgiven if you heard about the destructive actions of BLM/Antifa activists and wondered if someone was referring to ISIS and the Taliban. The terrifying, racially-motivated (so they say) iconoclasm of America’s far left is hell bent on destroying the images of America, but don’t let them tell you it’s just about destroying icons of American slavery, it’s about destroying any image related to our Western Civilizational roots, including the biggest root of them all, Jesus Christ, the Son of God.

If race pimp, BLM activist and Bernie Sanders supporter Shaun King had his way, statues or images of Jesus Christ in our churches, homes and public gathering places would be removed, torched, destroyed, etc., because they, like everything else in this country, apparently are symbolic of White Supremacy.

What? Well, of course, if you recognize Black Lives Matter for what it truly is, a militant marxist movement – reminiscent of Mao’s China – aimed at shaming weak-minded individuals into denouncing their western way of life under the guise of appeasing some manufactured racial grievance, then you’d know that removing Christ, the central point of Western tradition, would bring it all toppling down. If you cancel Jesus, then perhaps you’re just about to achieve your dreams of communist hell.

Useful idiots like King are attempting to justify this by condemning the fact that Christ’s European and American depictions are dripping in “white supremacy.” According to our friend, Jesus wasn’t white like he’s depicted in Western tradition and, of course, that means American Jesus is a symbol of oppression and needs to be taken down. It's the latest sinister excuse to get Jesus further removed from American life and Western life in general.

Following the toppling of statues dedicated to America’s greatest heroes, like George Washington, Teddy Roosevelt and Christopher Columbus, King went right for the jugular, opining on Twitter that the mob should destroy statues of Christ because they’re not indigenous enough looking here in the States. “Yes, I think the statues of the white European they claim is Jesus should also come down. They are a form of white supremacy. Always have been,” he wrote. 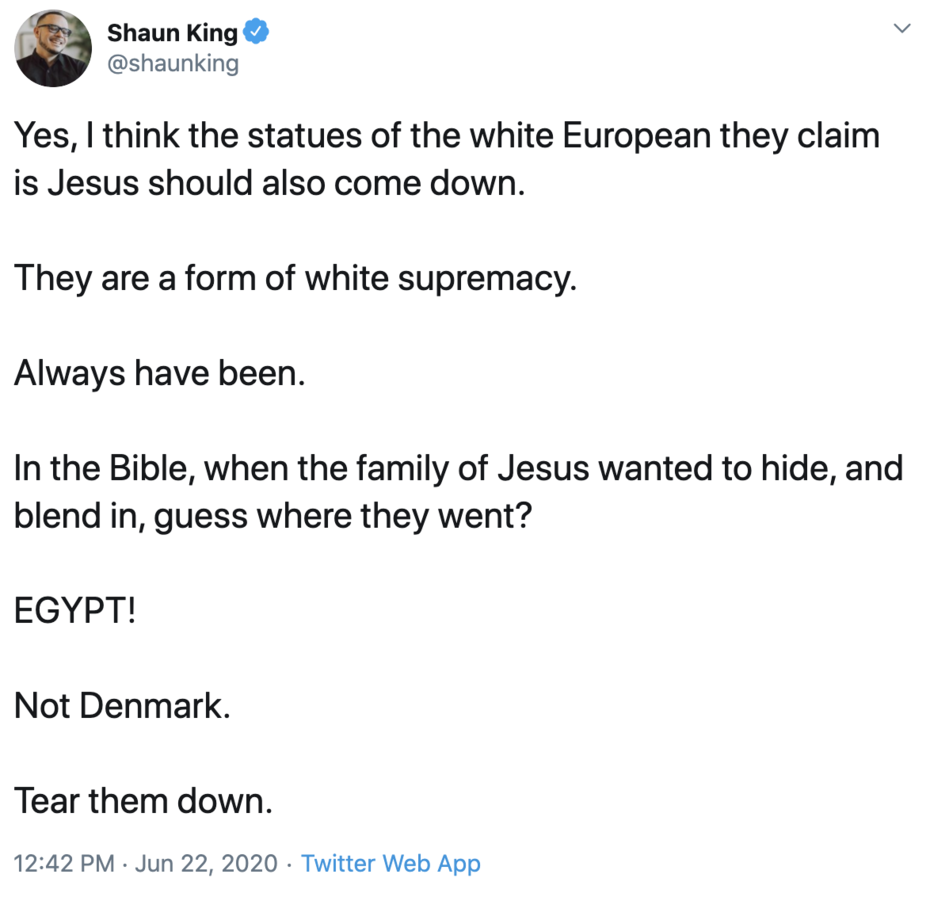 Oh, this is all going to end so well.

King continued, trying to make some lame point about how the Holy Family’s flight to Egypt is evidence that they weren’t white: “In the Bible, when the family of Jesus wanted to hide, and blend in, guess where they went? EGYPT! Not Denmark. Tear them down.” It wasn’t about literally blending in, it was about fleeing to a kingdom with a less hostile regime.

But that’s the kind of ignorance that characterizes these modern day American ISIS members. They don’t know history, so they destroy things educated people have preserved and cherished for centuries.

Still, this “civil rights activist” proceeded to shove his head up his you-know-what even further with a second tweet. He wrote, “Yes. All murals and stained glass windows of white Jesus, and his European mother, and their white friends should also come down.”

“They are a gross form white supremacy. Created as tools of oppression. Racist propaganda. They should all come down,” he added. King needs to go and pray and really reevaluate trying to incite vandalism of churches and persecution of Christians. He’s absolutely crazy to think the mob will get away with that in this country.