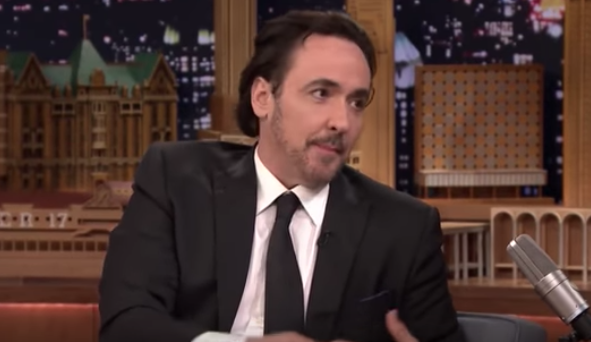 The Hollywood left just can’t handle when its news media comrades get rebuked by the president during a press conference.

Celebrities like John Cusack and Josh Gad reacted to Trump’s takedown of NBC’s Peter Alexander and his provocative questions like they were vampires who had been hit with holy water. Alexander’s question was clearly partisan in nature and designed to make the president second guess his own decisions and Trump called him on it. Still these celeb jokers hate the president so much they acted like his stern response was a merciless attack on the poor, unfortunate journalist.

John Cusack, probably still smarting from the fact that the Sanders revolution ain’t happening anytime soon, posted the video of Alexander getting the president to call him a “terrible reporter” and commented on it with a vicious, “Rot in hell - Mr. President.”

Disney actor Josh Gad mischaracterized the exchange as well, so much so that he could mock the president’s humanity and call him a “pig.” Gad’s absurdly dishonest tweet read, “Anyone who supports this ‘human being’ at this point, I truly don’t understand what you see that the rest of us don’t.”

Gad added, “This is sick. You can’t combat a virus if you yourself are a virus. We need leadership, love and humanity. And instead we have a pig rolling in shit.” Though it’s Mr. Gad who might be the whacko. Yesterday he tweeted a video of him crying over the thought of kids having to stay quarantined, and while we want to believe he has a soft spot, dishonest garbage makes it hard to believe it’s not all just a social media show.

Of course Rob Reiner took it upon himself to contribute to the fearmongering. So long as Trump gets hurt, what’s wrong with aiding and abetting a little hysteria? The actor/director tweeted, “When Trump was asked by NBC’s Peter Alexander what he would say to people who are scared right now, he exhibited his severe mental instability and scared US all shitless.”

Speak for yourself, Reiner. Millions of Americans can sit at home just fine, especially knowing that the president is willing to spurn reporters who take advantage of the pandemic in order to create distrust and fear. Of course, Reiner would defend Alexander, they have the same mission here.