SNL’s Pete Davidson Regrets Apologizing to Rep. Crenshaw: ‘Made Him Famous for No Reason’ 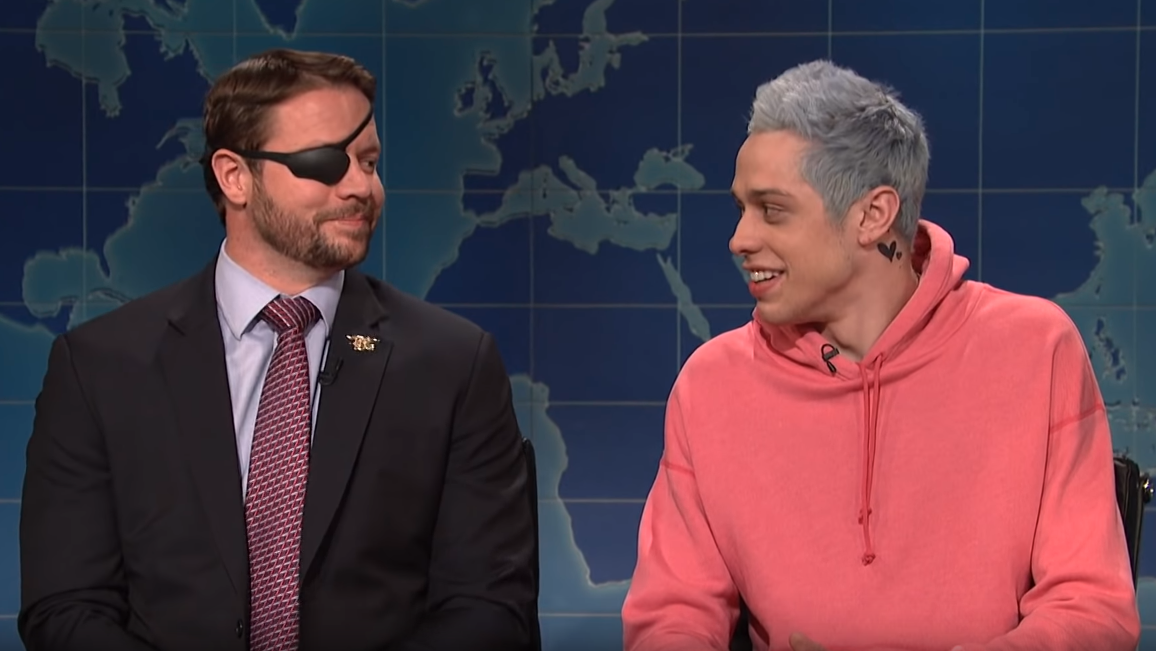 Washington Times reporter Jessica Chasmar reported that Davidson admitted that he was “forced to apologize” after making fun of the veteran during a 2018 segment of the sketch series. He told the audience of his recent Netflix standup special, “It was, like, words that were twisted so that a guy could be famous. So, I made fun of this guy with an eye patch and then I kind of got forced to apologize because people were, like, threatening to shoot me in the face.”

He then made his apology later that month via Twitter, calling Crenshaw a “war hero” who “deserved all the respect in the world.” Crenshaw joined Davidson on a subsequent segment of “Weekend Update” to accept the apology.

But during his recent special, Davidson clarified that the apology wasn’t as genuine as viewers were led to believe, and that it was a response to political pressure. He told the audience, "People were like, ‘You hate America!’ And I’m like, ‘No, I just didn’t want to be incorrect about how he lost his f–ing eye.”

He tried to explain that he had no idea what Crenshaw’s eye patch was for “until seconds before taking the stage.” And that his flippant “whatever” remark was just an on-the-spot improvisation.

Davidson did clarify to his standup crowd that he was guilty of giving this guy exposure: “The only thing I did do, which I am guilty of and I apologize for, is I did make that guy famous and a household name for no reason, right?”

“I did what, like, Ariana Grande did for me,” he joked, referencing his short-lived, tabloid-friendly relationship with pop star Ariana Grande. Oh, the irony. If anything it was Crenshaw’s cool-natured response to Davidson’s antics that made the comedian palatable for a bigger audience. Also, Mr. Crenshaw wasn’t above reaching out to Davidson during a suicide scare. It’s clear who has been the bigger person.

Watch the Netflix special segment below: