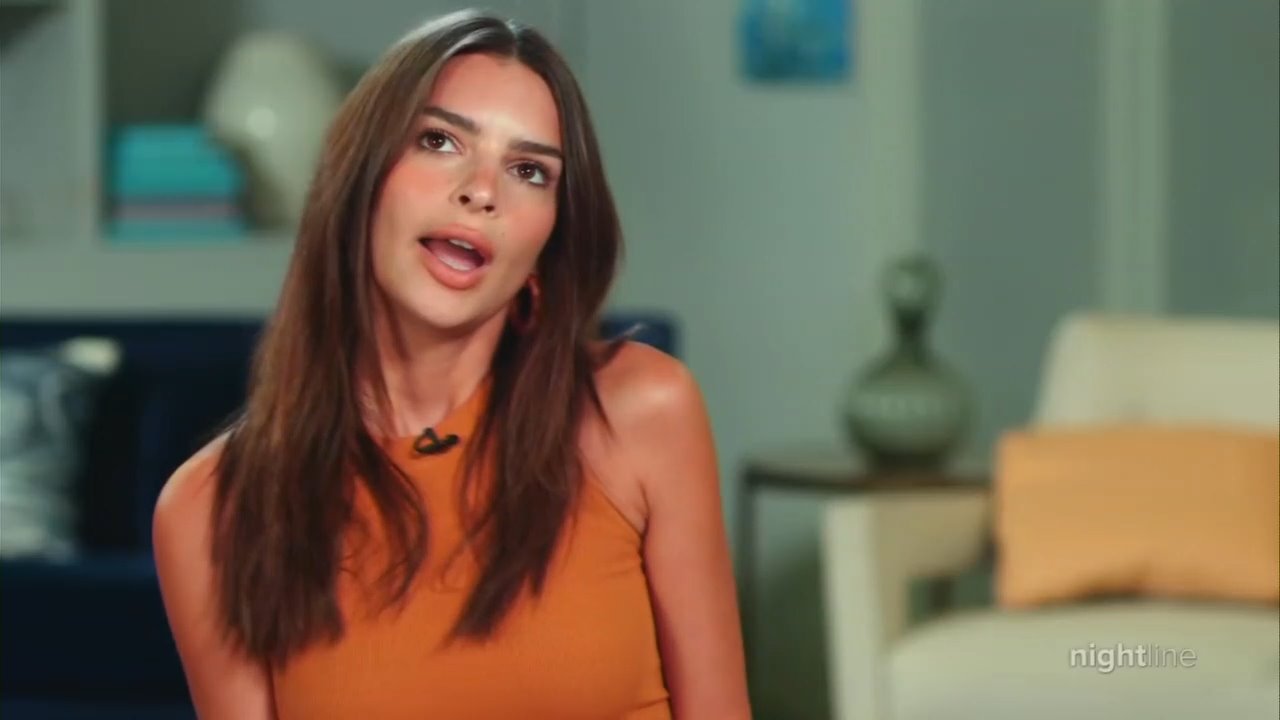 What do you call a Planned Parenthood supporter, anti-Kavanaugh activist, social media titan and supermodel known for “baring it all," who's also a feminist? Well normal Americans would call her a catwalk strutting oxymoron, but the media would call her “influential” and lavish heaps of praise on her for her “whirlwind career,” while giving her a platform for her wonky lefty politics.

You know, politics like insisting that wearing a burka or supporting Planned Parenthood is the epitome of feminism.

ABC’s Nightline gave celebrity supermodel and social media mogul Emily Ratajkowski an absolutely glowing promotional segment on Monday night. Rebecca Jarvis touted the 28 year-old as “one of today’s biggest celebrities and among the most influential women on social media.” She’s had a “whirlwind of a career” for someone so young, and is mega famous with “almost 25 million Instagram followers.”

Nightline wouldn’t stop, adding, “Emily Ratajkowski isn’t just a social media star, she’s influencing the culture with her own distinct message of body-positivity and feminism.” See that’s the problem. ABC’s claims were combined with images of Ratajkowski protesting Kavanaugh at the US Supreme Court, and posing in lingerie exposing her armpit hair on social media.

Doesn’t sound like she’s taking a stand for much, but still ABC humored her.

“What is your brand of feminism?” the Nightline reporter asked. Ratajkowski responded, “It’s just about the ability to choose; to be whatever kind of woman you want to be, to dress however you want whether it be in a burka or a bikini.”

Ok, so clearly she’s not doing too much thinking. The burka as feminism? Nightline’s picture of her holding an “I Stand With Planned Parenthood” sign as feminism? Still the irony rolled on.

Nightline continued, saying, “She’s turning heads and raising eyebrows with her skin-baring posts.” Oh but Ratajkowski can spin that as activism rather than blatant exhibitionism right quick. “Why do you think of nudity as expressing yourself as a feminist? There are people who say that is not the case.” She replied, “I don’t actually believe that nudity is expressing yourself. I think that choosing to represent your body however you choose is an empowering thing.”

So let us get this straight, displaying your nude self has no bearing on your status as a person, but it still somehow supposedly gives you power? Yeah it doesn’t make much sense.

Adding to the incoherence, Ratajkowski responded to the interviewers’ questions about “owning the narrative” by claiming, “We shouldn’t be taking women for how they represent themselves, or their body or even their sexual past and judging them for those things … It’s not something we do with men.”

If this has anything to do with Justice Brett Kavanaugh, (whom she was arrested for protesting against) then that’s BS. The man’s entire social standing was all but destroyed based on a false judgment of his sexual past. It sounded like something a white man of privilege would do so why not? Disgusting.

And as far as the other stuff, Ratajkowski is the kind of independent thinker who thinks doing whatever she wants is activism and that includes killing innocent unborn children and having women wear clothing that denotes male ownership over them. Let’s just call her a model and leave it at that.