Following in the footsteps of cowardly NBA hypocrites who blast Trump/conservatives but never China with its large number of human rights abuses, Disney CEO Bob Iger has decided to keep his mouth shut about the communist state because not doing so would pose a threat to his Mickey Mouse cash. 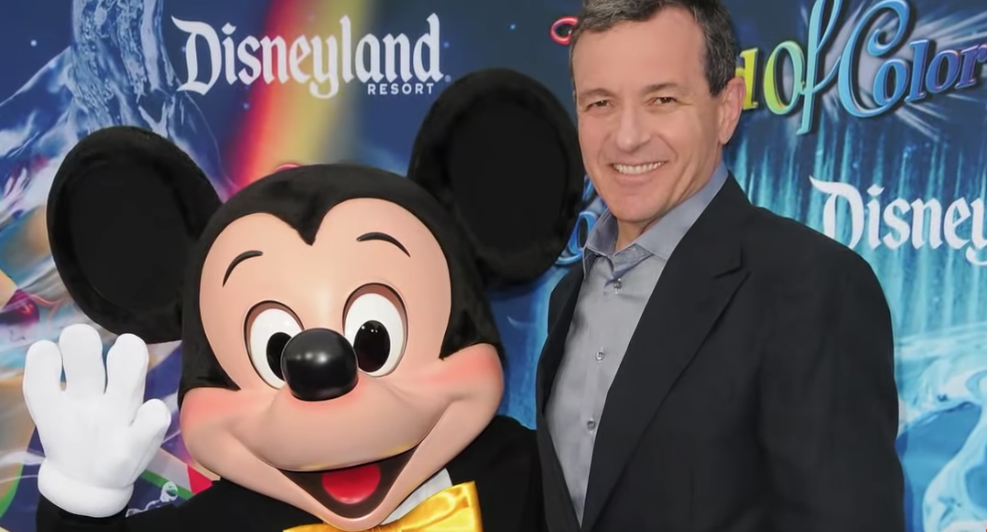 Looks like the leader of the House of Mouse isn’t as preoccupied with social justice as he claims to be when he goes after President Donald Trump or pro-life legislation like the Georgia “Heartbeat Bill.”

Bloomberg reported that “Walt Disney Co. Chief Executive Officer Bob Iger said he won’t say anything for or against pro-democracy protests in Hong Kong because doing so could harm his company.” Ol’ moneybags is clearly protecting what’s most sacred to him. On Tuesday night, during The Wall Street Journal’s Tech Live conference, the CEO made it clear that his company only champions the boutique social issues that help his brand’s image.

Iger told reporters, “What we learned in the last week -- we’ve learned how complicated this is.” Complicated, eh? Hmm, where have we heard that before? Iger continued, “The biggest learning from that is that caution is imperative. To take a position that could harm our company in some form would be a big mistake. I just don’t believe it’s something we should engage in in a public manner.”

There it is, straight from the horse’s mouth. Disney’s humanitarian stance is totally dependent on the social status quo of the place where it drags in major revenue. In America, it rails against the tyranny of President Trump’s conservative principles, but won’t bat an eye when the communist state bullies Hong Kong residents or mandates Muslim “re-education” camps.

Iger’s statements follow the recent controversy surrounding the NBA’s deference to China, where the sports organization generates a ton of money. Houston Rockets GM Daryl Morey tweeted a pro-Hong Kong statement and was rebuked by the Chinese Basketball Association as a result. The CBA threatened to cut broadcasting and advertising rights for the NBA team in China, and league figureheads like NBA coach Steve Kerr, star player Stephen Curry, and legend Lebron James refused to defend Morey or rebuke the Chinese State for obvious abuses.

These men regularly go after President Trump for his policies.

Iger’s hypocrisy on this issue is damning, particularly in his condemnation of President Trump’s lack of a climate change agenda. Bloomberg pointed out that Iger “spoke out when President Donald Trump withdrew the U.S. from the Paris climate accords because he believes global warming is real and a threat to his business.” Though he seems to have no complaint about China, which “is far and away the world's top CO2 emitter” doubling U.S. emissions in 2017.

Disney also prides itself on diversity and inclusivity initiatives in America, but will refrain from promoting PC themes, like LGBTQ imagery for example, in its biggest movies because Chinese regulators will bar them. Lefties who applaud this organization for appearing woke need to wake up.