Style mag GQ is trying to usher in the next wave of gender queer apparel and cosmetic choices, giving readers a full spread about how masculinity isn’t that important and the concept of a man is pretty much just a fugazi anyway. It’s just that … you’re a men’s magazine, guys. 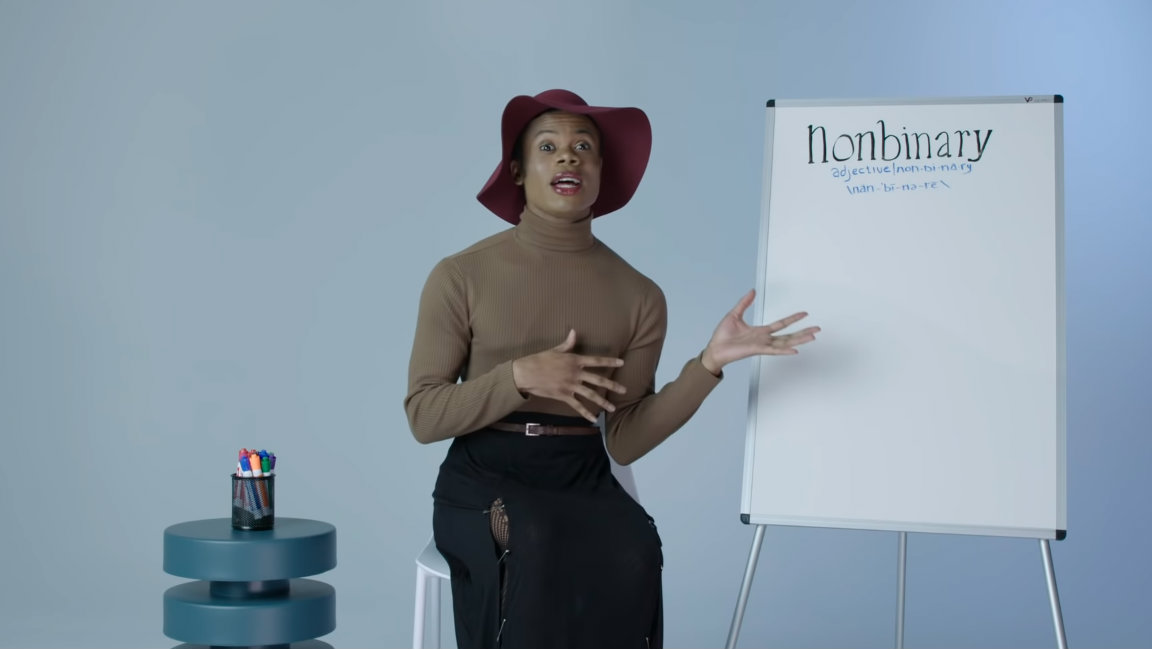 The outlet published an October 15 article breaking down traditional concepts of manhood, taking great pains to detail just how authoritarian capitalist society has manipulated us sheeple with this odious social construct. Oh, we are in for a treat!

It’s all part of GQ’s “New Masculinity Issue,” which goes to show that if there was ever one priority in the work of a male-oriented magazine, it’s about rhetorically castrating your entire target demographic. GQ’s testicle-shriveling piece consisted of quotes about how “masculinity is morphing and modernizing” from “18 influential people,” some of whom are women. Sounds convincing, especially when the piece comes coupled with a photo of an obvious female with nail polish wearing a man’s plaid suit. Yeah, GQ has betrayed its readers.

The woman is actually “non-binary” actor Asia Kate Dillon who has “made headlines for playing Hollywood’s first gender-nonbinary charracters.” According to GQ her pronouns are they/theirs and "they" has a lot to say. It’s not Dillion who’s misunderstanding, it’s all of us.

Take this gem of a quote: “For one person, masculinity might mean a dress and a face of makeup, because that’s how they see themselves.” “They” also believes that "they" has every right to speak out against gender norms, because they oppressed Dillon when “they” was born.

Dillon told the magazine: “As someone who was assigned female at birth, I was already a marginalized person, and then on top of that I'm queer and nonbinary and trans. So I have several marginalized identities.” Oh, really? But she clarified that she does have some privilege, “white-bodied privilege,” to be exact. This means that when she’s in a room of “queer people of color” she has to listen to their complaints, not the other way around.

And GQ’s betting on this confusing trash being a hit with male readers?

In addition to Asia Kate Dillon’s whacky opinions, there are several other condescending, man-hating women giving advice in this piece. You’ve got Al Freeman; a female artist who uses sculpture to explore the ”hypermasculine” culture of "spaces" like frat houses or bachelor pads. Good grief. Is this what men get for making fun of women at shopping malls or something? Oh, and you can’t forget a lecture on masculinity from #MeToo founder, Tarana Burke, a woman who still insists that an innocent Justice Kavanaugh abused Christine Blasey Ford.

Yeah, they’re here to lecture us. You know, some of us may have been subscribing to a men’s magazine because we needed one safe space for our fragile masculinity. Just one. And they insist we have it easy?