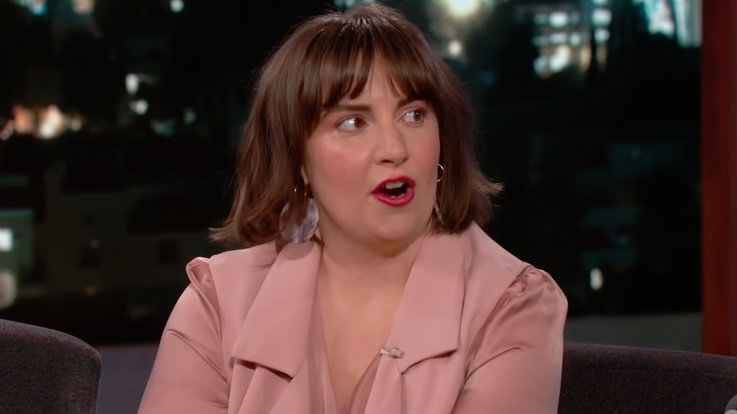 The podcast industry is trying to get in on Netflix’s game, and by that we mean, yes, they’re trying to set up a premium streaming site, but mostly that they’re attempting to produce content from a bunch of progressive propagandists. The flagship podcast streaming site Luminary has just announced its opening lineup and it’s chock full of all the liberal takes we’ve come to know and loathe. Can’t get enough of allegedly funnyman Trevor Noah? He’s on Luminary. As is feminist Lena Dunham.

The New York Times wrote about the streaming startup, which has just gone public to the tune of $100 million. Now that’s a lot of dough, but Luminary is attempting to “become synonymous with podcasting in the same way Netflix has become synonymous with streaming.” Co-founder and chief executive Matt Sacks told NYT, “I know how ambitious that sounds. We think it can be done, and some of the top creators in the space agree.”

But of course you’re going to need some top content creators to make that investment worth its while. So who do you sign on? Moral munchkin Lena Dunham and late-night professional conservative bashers like Trevor Noah. Throw in a couple podcasts on LGBTQ advocacy and new age promiscuity, and yeah you’ve got a streaming site on par with the quality of Netflix.

Dunham, the former star of HBO’s Girls, is one of the faces on the front end of Luminary’s marketing. Her podcast, “The C Word” will debut along with the streaming site and be a weekly look “at women who have been deemed ‘crazy’ online." You be the judge, but considering Dunham’s the mind behind quotes such as “Now I can say that I still haven’t had an abortion, but I wish I had,” it will be about feminists who definitely deserve being characterized as “crazy.” Luminary, on the other hand, presumably thinks this puts them on the cutting edge of the women’s rights debate.

One nice thing, though: podcasting being an audio format, we don’t have to worry about Dunham taking off her clothes.

Luminary was also proud to announce hosting raunchy British comedian Russell Brand and his “woke” podcast “Under The Skin.” The show, previously hosted on Brand’s own website, delves into progressive topics with episodes titled “Why Won’t America Put Down its Guns?” or “Marxism on the Rise — Can it Really Defeat Capitalism?” The latter example includes a discussion with professor David Harvey on how capitalism “imprison[s] people in certain ways of life and certain ways of being” while deluding them into thinking they can achieve some “American Dream.”

Wow, so much liberal propaganda and so little time. Thankfully Luminary is will be offering most of its streamable content ad-free for subscription members. It will go live in June 2019, so you can listen to Lena Dunham caterwaul about the injustices of women’s pants not having pockets or Russell Brand talk about the universe being a capitalist-driven prison hologram for a mere $8 a month.