Aren’t all the funny people supposed to be on the left? They’re certainly not hanging out with YouTube producers Friend Dog Studios, which has produced an anti-conservative spoof of Christ’s teachings that’s as predictable and unfunny as DNC talking points. 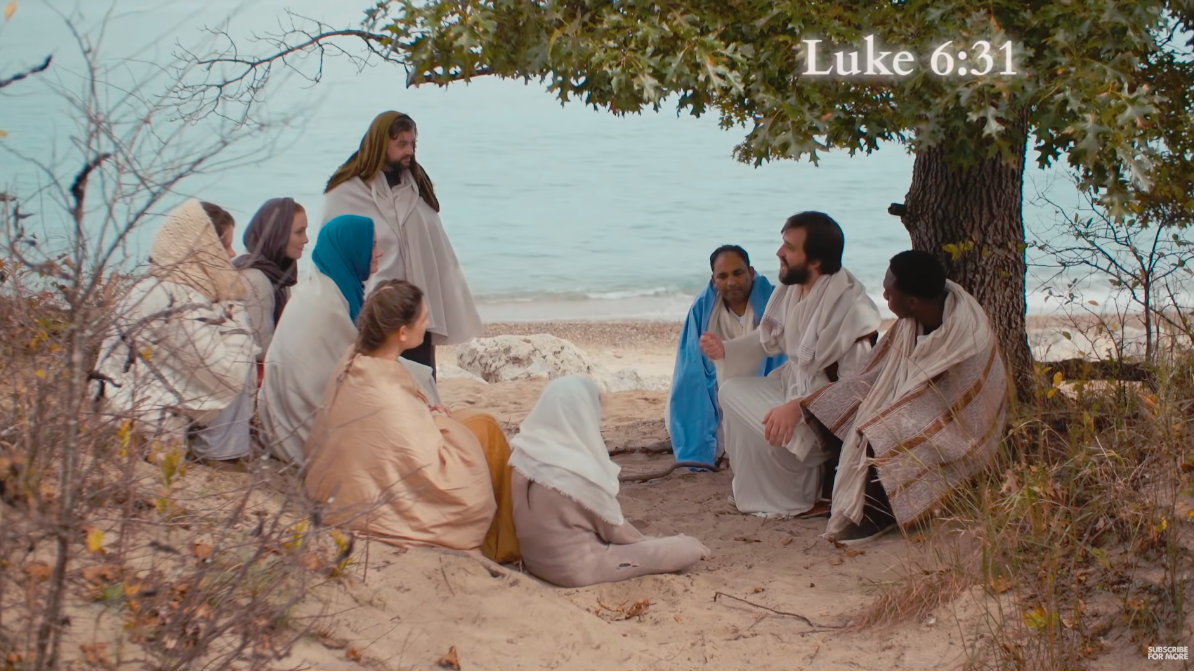 The idea of Friend Dog Studios’s “GOP Jesus” was to depict Christ as he would’ve appeared back in the days when he was preaching the Good News near the Sea of Galilee, with the kicker being that this satirical version reimagines Christ’s famous parables as sarcastic barbs aimed at the brutal baby-enslaving, power-hungry capitalists that inhabit the GOP.

For example, the opening line provides a riff against hard-nosed immigration reform. GOP Jesus is shown holding a migrant child, proclaiming that “Whoever welcomes one of these little ones in my name might be letting in a murderer or a drug.” He then passes the child off to someone else, adding, “Let’s get her to a detention center, you know, until we can figure out what’s going on.”

Now that’s some biting commentary. GOP Jesus skewers all the Republican issues liberals misinterpret and then show contempt for. On the lack of gun laws, he instructs, “If a man strikes you on the right cheek, turn to him and shoot him. That is the law.” On what proggies view as an unhealthy right-wing holiday season power trip, GOP Jesus declares, “By this they will know that you are my disciples — that you say Merry CHRISTMAS! CHRIST! CHRIST-MAS!!”

GOP Jesus completely loses it, screaming, “That’s my name in there, and I put it in there because I wanted it in there SO WE COULD ALL CELEBRATE BIG BOY JESUS’ BIRTHDAY TIME! OKAY?!”

GOP Jesus even lampoons conservatives’ preoccupation with Hillary Clinton scandals. Perched beneath an olive tree, he preaches, “Why do you look at the speck of dust in your brother’s eye, but ignore the plank in your own? Because of … her emails. Yes.”

Oh and GOP Jesus also had teachings concerning Masterpiece Cake Shop’s refusal to serve a gay couple. Sarcastically couching that incident as an example of mere hatred for others, he claims, “Love your neighbor as yourself, unless you are better than your neighbor.” With a smile he adds, “Then tell them that they’re weird, and you do not want to bake them a cake.”

These folks will certainly try anything to get under conservatives’ skin, but most likely no one will take this kind of caricature too personally. That’s probably why they feel safe doing so, cause we all know they aren’t brazen enough to have a mock Muhammad skewer Islamic extremism.