Early results of tonight’s election are in, and it’s been all but declared that the house will be flipped by the Democrats. The liberal mouthpieces in Hollywood, having used every propaganda technique they could think of in the lead up to the vote, have already started jumping for joy, because it looks like they have finally — FINALLY — scored a victory against their sworn enemy Donald Trump.

The fact that they’re celebrating despite 1) no appearance of the hotly anticipated blue wave, 2)  their biggest stars drying up (here’s looking at you Beto, Abrams, and Blackburn) and 3) not acquiring a Senate majority; shows just how desperate they have become.

Tom Arnold seemed quite relieved with the results of his party clinching a congressional majority. He took time out of his busy Trump tape hunting schedule to post a cathartic tweet: 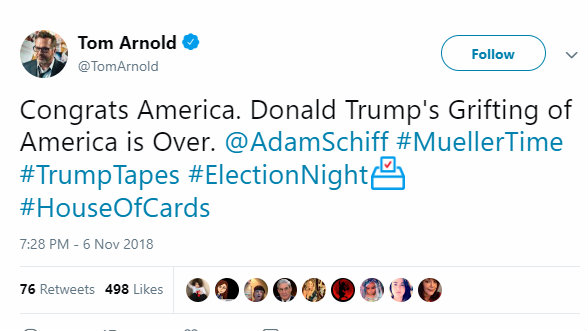 He also seemed quite excited by the prospects of new majority house leader Nancy Pelosi, tagging her dozens of times in a subsequent tweet: 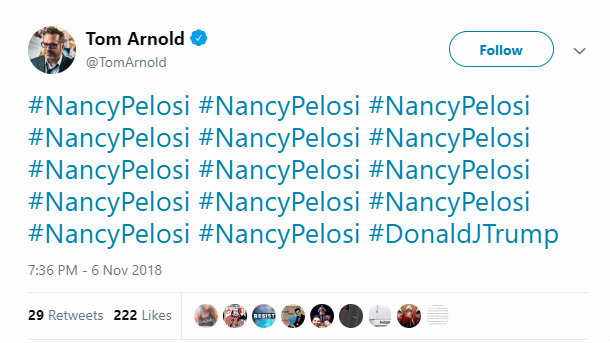 Street clown Billy Eichner provided a hysterical response. Let’s hope the downstairs neighbors weren’t too put off by all his whooping and hollering: 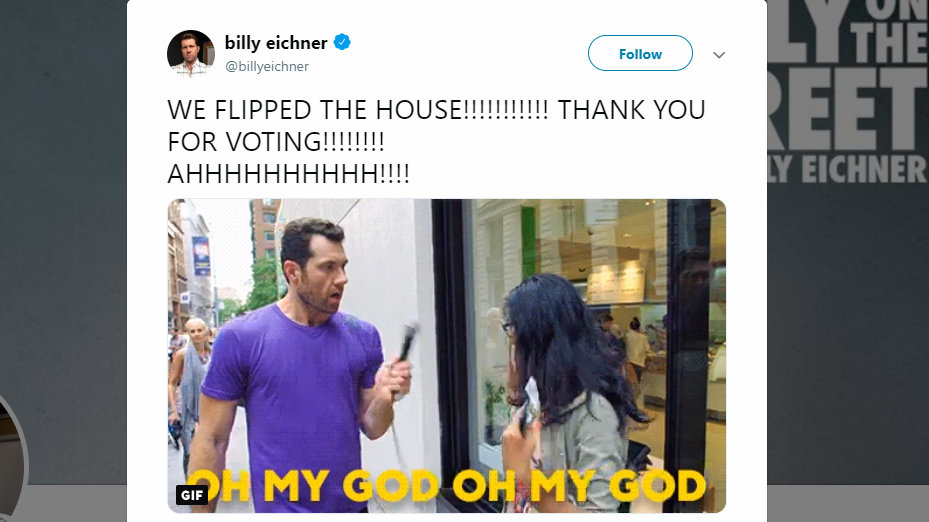 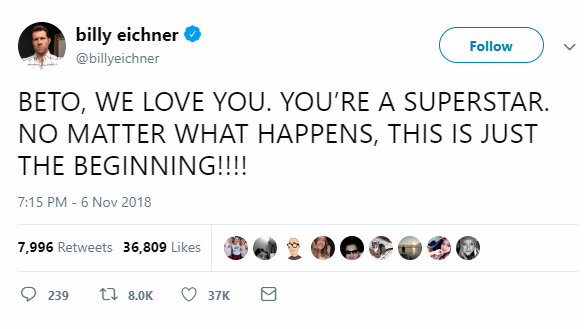 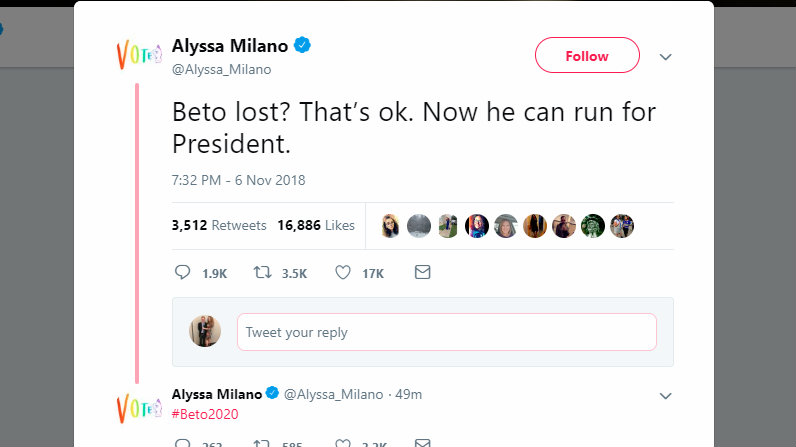 Debra Messing got a chance to sit down after all her incessant progressive cheerleading during the last two years: 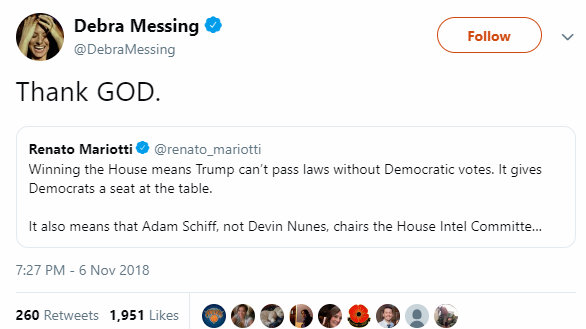 Westworld’s Jeffrey Wright posted a rather confident tweet, showcasing his hope that finally — after almost two years and counting — Robert Mueller would definitely get Trump this time: 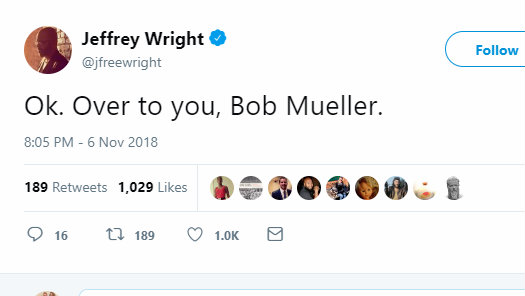 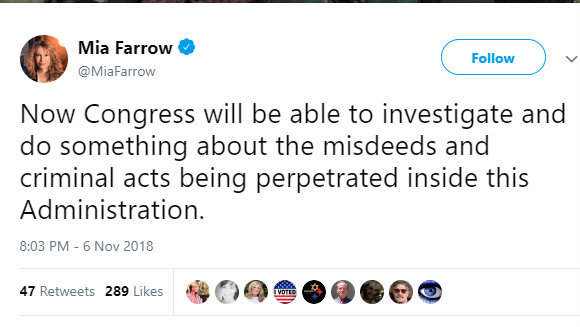 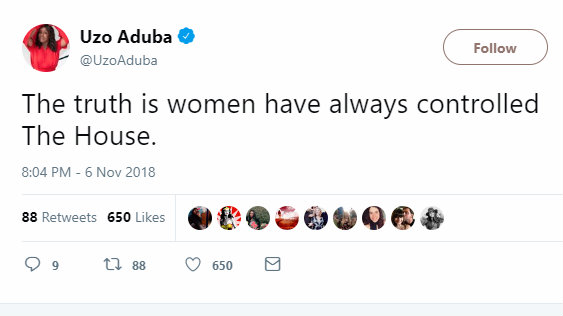 And just for good measure, Kathy Griffin’s shoutout to Ted Cruz should be mentioned on account of the Texas Republican Senator’s hard fought victory: 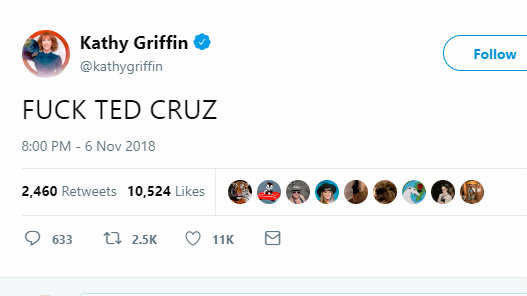