The world’s ambassador for peace and self-righteousness, Bono hasn’t been holding up well in light of recent criticisms against the UN and NATO. 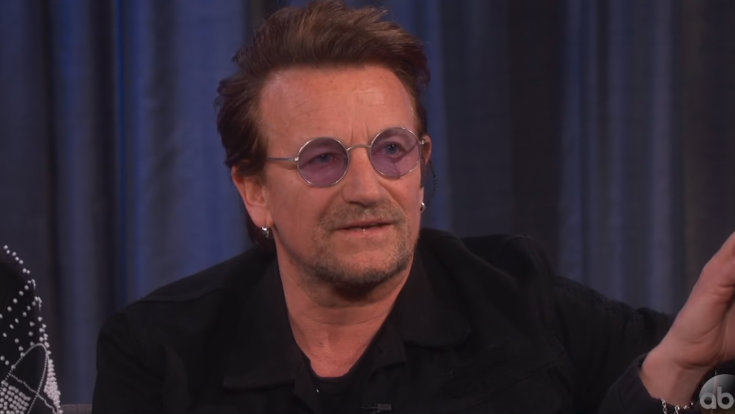 The Associated Press reported on Tuesday that the famous U2 frontman warned “that the United Nations and other international institutions including the European Union and NATO are under threat — and nations must work together to ensure their continued existence.”

Bono, a giant in the world of fancy charity events and posing for photos with impoverished African kids, did his best to kiss up to crowd of UN diplomats at an event for a potential Irish UN seat. Referencing the recent criticism by various world governments, Bono worried that the role of unaccountable international organizations was in danger.

He claimed, “I love that it [the UN] exists, and I’ll tell you, I don’t take for granted that it exists, or that it will continue to exist because let’s be honest, we live in a time when institutions as vital to human progress as the United Nations are under attack.”

Well, the UN is at least vital in propping up famous faces like Bono as international do-gooders, but that’s beside the point, right?

Bono also mentioned that other groups like NATO, and the EU have been undergoing an existential threat. Rather, just the global status quo at large has been under threat of political erosion. “And not just these institutions, but what they stand for -- an international order based on shared values and shared rules, and international order that is facing the greatest test in its 70-year history.”

The singer added, “Not just these institutions, but what they’ve achieved is at risk.” Yes, of course. Heaven forbid that any nation who feels that they might have been given the short end of the stick in international dealings brandish a complaint or criticism.

Now Bono didn’t mention by name who was out to target the international community, but anyone could guess who he was implying. The Associated Press did a lovely job of spelling it out for readers. It stated, “his words appeared clearly aimed at U.S. president Donald Trump, who has criticized the EU and NATO. The American leader has also pulled out of the Paris climate agreement which the singer cited, and taken aim at the World Trade Organization with new U.S. tariffs.”

Bono made sure to give progressive nations a pat on the head, praising Canada’s Justin Trudeau for his nation’s work to promote diversity and peace throughout the international space. He claimed that Trudeau was “a remarkable leader who’s put together the most diverse Cabinet on the planet.”

He added, “That Canada is nice is the worst thing I can say about them.” Well it’s more like they are excellent at not rocking the progressive boat that many of these nations are sitting in together.

Bono concluded his address to UN members by claiming that “The United Nations is the conscience of our humanity. In these troubled and uncertain times, as a global island we want to play our part in defending, supporting and promoting its values.”

Conscience of our humanity? One should remember that two weeks ago, the U.S. announced its departure from the UN Human Rights Council due to a clear anti-Israel bias, and that its list of members continued to include countries that violate human rights. That sure sounds like some conscience, doesn’t it?