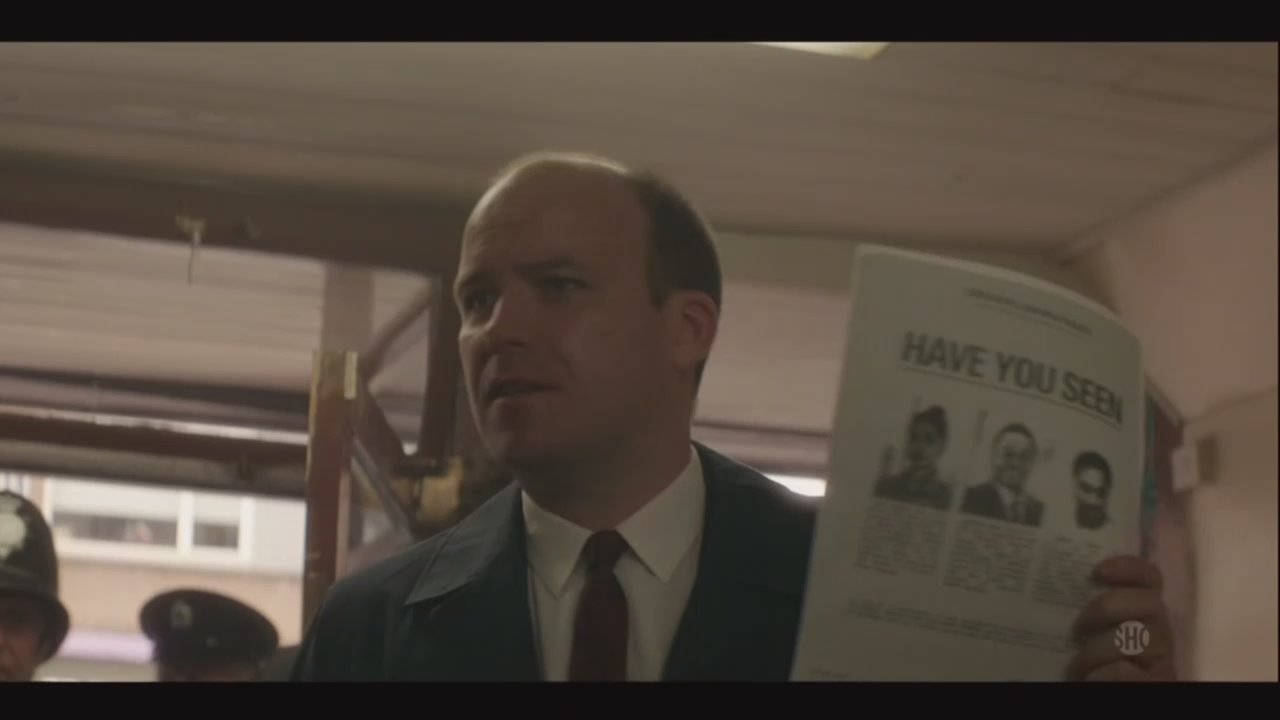 “This thing you’re doing, it’s not a cause. … There is no change, Jas. You haven’t changed anything.” Those lines from an exasperated Kent (Idris Elba) on the April 23rd episode of Showtime’s Guerrilla epitomize the failure of British black power activists' violent actions in this series based in the 1970s.

Instead of advancing the cause for black equality, Marcus (Babou Ceesay) and his ragtag band of radical leftists quickly shed their idealism for rogue barbarism, carrying out attacks more brutal than the police raids they sought to reform. Even worse, their actions lead directly to more abuse of the black community they sought to protect as the police work to hunt them down for their crimes.

Within the first few minutes, the audience is treated to scenes of police raids violently scooping up random blacks from an otherwise peaceful breakfast and dragging them downtown for questioning. Meanwhile, Dhari Bishop (Nathaniel Martello-White), the man Marcus and Jas risked their lives and reputations to free from prison, reveals his own true colors. On the outside, he drops his intellectual act and glides easily into the role of a brutal, criminal kingpin.

After even the communists refuse to fund their nascent movement (for not being liberal enough), Dhari gleefully leads the group into torture and drug dealing, casually filleting the boyish face of a black child with a worn switchblade so his friend will give up their heroin stash. Left behind on this ghoulish errand, Jas formulates her own violent plans.

Desperate, she turns to her ex-boyfriend Kent and begs for enough money to hold the group over and help them evade police while they prepare for their next action. Dismissed and penniless, Jas takes her frustrations out by murdering a partygoer at the Rhodesia House, the equivalent of attacking a foreign embassy. But she doesn’t even bother to rob the wealthy patrons afterwards. She is sending her own muddled message.

Jas’ brazen attack certainly earns her the media spotlight. Her image is splashed across the front pages of every newspaper the following morning, but it’s unclear to me how murdering random people at a party promotes equality.

After only two episodes, the liberal protagonists have already descended from lofty rhetoric about equality and justice to casual murder. That has to be some kind of record. The only positive development: Jas’ attack finally nudges Kent off the sidelines to condemn her violence and bring together a unified front intent on holding both the police and militant activists accountable.

The question for the remainder of the series: will Kent succeed where liberal violence has failed? Or will the show vindicate brutality and condemn Kent to the same fate as Julian Clarke, the last person who tried to give peace a chance?