'Quantico' Lashes out at Sexist Voters Who Elected Another Man

In a dramatic episode on Monday night, ABC's Quantico finally righted a colossal historical atrocity. They handed the White House to America’s first (unelected) female president. After watching terrorists murder his wife, President Todd resigns and hands the reigns to his far more qualified running mate, Vice President Claire Haas (Marcia Cross). But even before she can begin, Haas is besieged by doubters.

Haas: In the brief time that I’ve been president, I've been surrounded by experts who don't think I'm equipped for the job.

Haas: You see that office? It used to be Greg Lawson's. We trained together at Quantico. He was one of the guys I came up with. But I was never one of them. I could pretend to be like them. I could do the job better, I could get the promotions, but at the end of the day, I look like I looked and I was what I was. Men don't like to admit that glass ceilings exist because they are the glass ceiling.

Wyatt: Well, you just shattered it.

Haas: Only by default. It's not getting the job that's gonna change the way Americans feel about women. It’s what I do with it.

President Hass insists that if she gets this wrong "it will be decades before another woman is on the ticket." But Wyatt asks, "What is the point of a woman even being elected if she's just gonna act like every man before her?" If only those sexist Americans had just been willing to elect a woman, perhaps none of this would have ever happened. But even now the ungrateful voters don’t seem to understand the blessing they’ve been gifted. 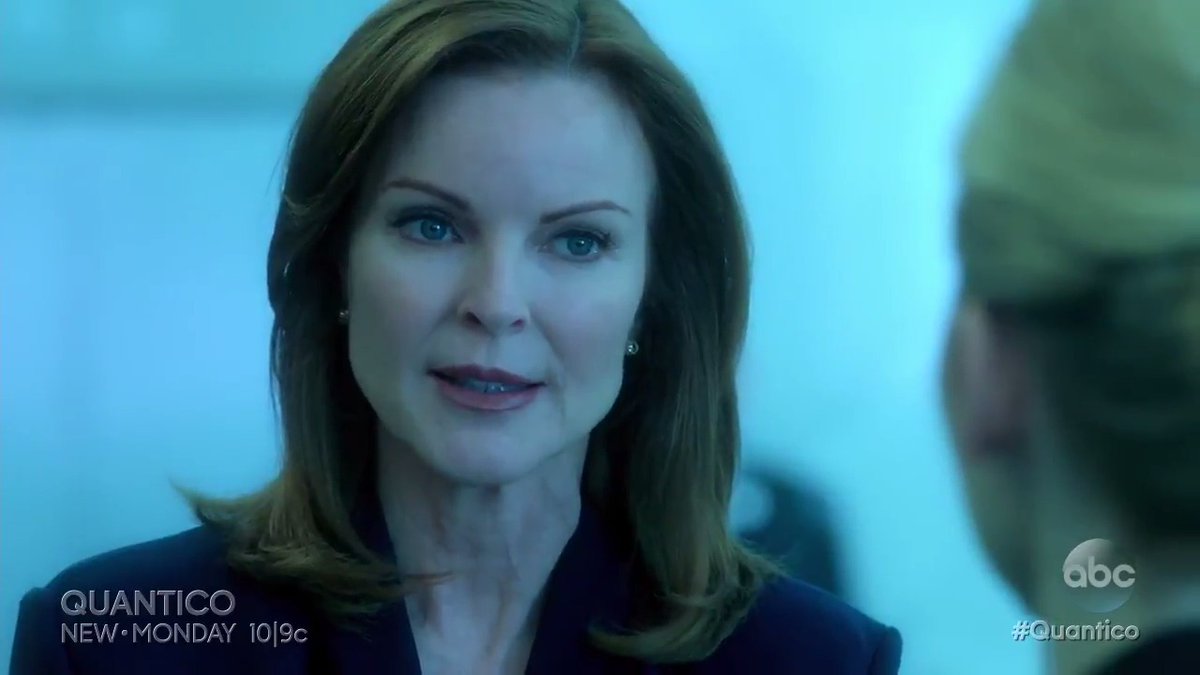 If you're foolish enough to believe Haas wasn’t elected to the presidency for some reason other than her gender, the writers helpfully correct that inappropriate thought in the next scene. President Haas explains, “America elected a half-as-qualified man with next to no experience. A man who's never stood for anything, who never served this country, and who rolled over out of fear when a terrorist demanded it.” I can only conclude that Haas accepted the vice presidency because she knew President Todd would fail and get run out of Washington.

Meanwhile, Quantico’s writers seem to think the only problem with Venezuela is its lack of "marriage equality." Never mind that Hugo Chavez and his United Socialist Party destroyed Venezuela’s economy so badly that even Slate--of all publications--admitted, “his economically disastrous, politically effective ideology will haunt the country he ruined.” Never mind that Venezuelans are pouring into Columbia for basic supplies like food, toilet paper, and medicine. Never mind the tens of thousands of murders annually. According to Quantico’s writers, the only problem with taking your child to Venezuela is that both daddies might not have equal custody rights.

If you’re wondering how LGBT rights in Venezuela factor into an American spy conspiracy drama, let me explain: in a flashback, CIA trainees Parrish and Doyle successfully use the lack of so-called "marriage equality" as a pressure point to gain access to confidential Venezuelan files at the Venezuelan embassy. Mr. Robertson has so little faith in his husband that he doesn't even try to call him before whisking the spies off to the embassy server room.

The episode winds down its preaching with President Haas ranting that she used to be idealistic and "believed in the American dream. But now I know better. 'We the people' means 'We the corporations,' justice still depends on the color of one's skin." Mourning liberals of America, Quantico hears you. For everyone else, what did you expect?